The tour starts with a visit to the bohemian district of Barranco, a neighborhood full of cultural galleries, coffee shops, and street arts. Also, you will have the opportunity to admire the republican architecture. Then, you will continue to the main square, and the Bridge of Sighs, when you are going to appreciate the pathway known as Bajada de Baños (Lowered of the baths), a stone road that leads to the beaches of the city.

Next, you will visit the Archaeological Sanctuary of Pachacamac, just 30 km south of Lima. It was built in adobe with a view of the sea and the Lurin river valley. It was a pilgrimage site for many cultures that developed in ancient Peru. The first civilizations dated back to 5000 B.C. Upon the arrival of the Incas, the complex was adapted to become an administrative center, respecting and adapting the local constructions.

Pachacamac has three important sectors: the administrative part, where you can find the Acllahuasi, the Palace of Tauri Chumpi, and the Pilgrimage Plaza. The religious part with many temples as the Temple of the Sun and the Moon, and by last, the domestic zone. You will also visit the Site Museum of Pachacamac to get a better insight and appreciate the salvaged remnants of the area.

The district of Barranco was a fishermen neighborhood, and its beaches were very popular for the upper-middle-class of Lima, where they built European-style ranches and mansions. The Temple of the Sun was built by the Incas when they arrive at the coast of Lima in 1470, and it is the highest part of the complex, with sea orientation. It was built with adobes with red colors and it is the biggest temple on the Peruvian coast. At the end of the excursion, you will return to your hotel.

Meeting point:
Pick-up from hotels located in Miraflores, San Isidro, and Downtown. Please contact the local operator to arrange your pick-up. You will find their contact information on the voucher after booking
What to remember
Read more
Provider
Tangol Tours SRL
Booking fee
Good news! No extra fees are applied to this booking.
Cancellation policy
Receive a 100% refund if you cancel up to 24 hours before the experience begins.

Cooking class and Pisco sour at Cala Restaurant with lunch

Enjoy a demonstration class of the traditional Pisco sour and "Tiradito" at Cala restaurant. Contemplate a spectacular view of the Pacific Ocean from the terrace of the restaurant.

Enjoy a guided tour to explore Lima's old town, a UNESCO World Heritage Site. You will also visit the Larco Museum accompanied by a museum curator and the Aliaga House. 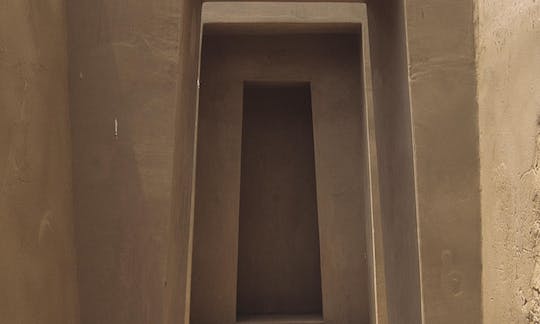 Buy your Pachacamac Pre-Inca Temple & Religious Compound Guided Tour with Musement with our price match guarantee and secure booking. Get informed, plan and book your amazing activities in Lima.

The tour taking you through the historical side of the city of Lima. You will admire buildings from the pre-colonial era all the way through to today. You will also visit the Larco Museum and the Aliaga House.

Visit the traditional market of San Isidro and take a private cooking class at Urban Kitchen.

Get to know the most important places in Lima with a panoramic private tour.

Enjoy a private tour and be amazed by the Pachacamac archaeological complex, explore Lima's bohemian Barranco district, and admire the nature at Pantanos de Villa.

Enjoy a private tour to Pachacamac, an important pre-Inca religious site. Get the chance to learn about the Inca and pre-Inca people.

Explore Peru's past and present with a guided tour that allows you to visit the bohemian district of Barranco and the impressive Pachacamac archaeological complex.