Join this David Bowie London tour to uncover the truth about the Brixton Boy who became a global superstar.

The first half of the walking tour will give you an insight into his early life, his family and events that helped shape him and turned the young David Jones into the musician, David Bowie. Explore his roots in the London suburbs of Brixton including his birthplace and old primary school. Walking around, you’ll get a flavour of the Brixton that Bowie would have known and loved with its rich heritage and diverse cultures and you'll see how proud Brixton is of its Bowie link.

The tour will continue with a short tube journey to London's buzzing Soho district where Bowie found fame and fortune. The tour stops outside several of Soho’s legendary music venues and as well as the studio where David Bowie recorded two of his albums. You'll even get to see his favourite pub!

As you walk through Carnaby Street, take a moment to talk about “Fashion! Turn to the left. Fashion! Turn to the right.” What better place to reminisce on Bowie’s iconic song, and of course some of his most striking fashion choices? You'll also be able to stand in the very spot that featured on the album cover ‘The Rise and Fall of Ziggy Stardust and the Spiders from Mars’.

The tour finishes outside Tottenham Court Railway station. There are numerous bars and restaurants nearby if you’d like to spend your evening in town. It’s a short walk to mainline railway stations, Covent Garden, London’s theatreland, or you can head back into David Bowie’s buzzing Soho.

What to remember
Read more
Provider
Brit Music
Booking fee
Good news! No extra fees are applied to this booking.
Cancellation policy
Receive a 100% refund if you cancel up to 24 hours before the experience begins. 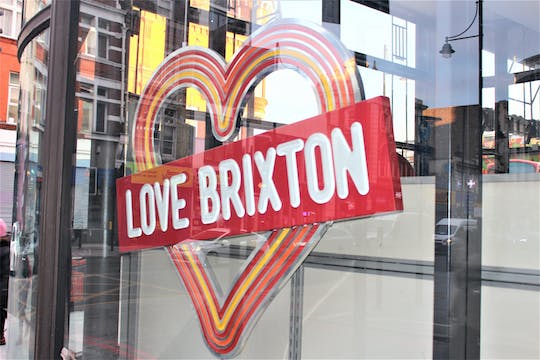 free cancellation
Duration up to 7 hours 30 minutes
Available in:

free cancellation
Duration up to 30 minutes
Instant Confirmation
(83)
from:
£24.50

Book your Go City London Explorer Pass now with a downloadable guide and save on access to your choice of top London attractions.

free cancellation
Duration up to 40 minutes
Available in:

free cancellation
Duration up to 30 minutes
Instant Confirmation
(25)
from:
£37.50