Spain's first New World city, Santo Domingo is the Dominican Republic's history-packed capital. And its UNESCO-listed Colonial Zone is prime sightseeing territory. Travel back to the days of pirates, plunder and pioneering explorers with this personalised small group walking tour that ticks-off a 16th-century castle and a mansion built for Columbus' son.

Dominicans are rightly proud of their past, and you'll learn all about it during this two-hour tour. Arriving in Santo Domingo, you'll head straight to the UNESCO-listed colonial zone where modern high-rise buildings tower over heritage sites dating as far back as the 15th-century.

On a guided walk with an in-the-know local, you'll hear tales of the city's history as you pass by the Ambar Museum, the National Pantheon, the Gothic-style Santa Maria cathedral and Alcazar de Colon – a grand estate that once belonged to Christopher Columbus's family.

Read more
What's included
Where
Colonial Zone
What to remember
Read more
Provider
TUI DOMINICANA, S.A.S
Booking fee
Good news! No extra fees are applied to this booking.
Cancellation policy
Receive a 100% refund if you cancel up to 1 day before the experience begins. 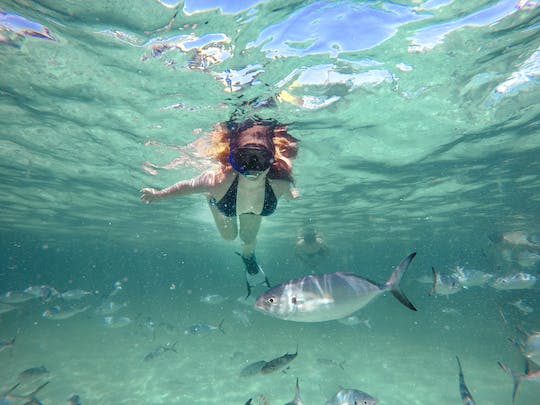 This one is all about the three As: activities, adrenaline and adventure. It all kicks off the moment you sail out to a private floating platform. Enjoy spacious sun loungers and Bali beds, or drop by the masseurs for a hand, stone or shell massage. Elsewhere, thrill-seekers can dive into the protected marine reserve to snorkel among stingrays and nurse sharks, or hop on a kayak or paddleboard to glide over the gentle reef waves. Grab a power snorkel to zoom along the seabed like James Bond, then take a break at the rooftop health bar. For a real taste of Caribbean culture, look no further than this full day bus tour around the Dominican Republic. You'll visit remote villages while learning all about local produce and history.The adventure kicks off as your guide regales you with the history of the island while we journey through cattle grazing lands and rice fields. You'll stop by a small rural school to meet its students, tour coffee, cocoa and sugar cane plantations, plus a coconut oil factory, too.Head on to Higuey, and you'll see the famous Altagracia Basilica – a pilgrimage site because of its miraculous image of Our Lady – before a wander around the bustling market. Check out the views of the Cordillera Oriental mountains before we round off with a beach stop and lunch. There's also the option of a half-day tour that packs in plenty of fun highlights, but skips lunch and Altagracia Basilica. 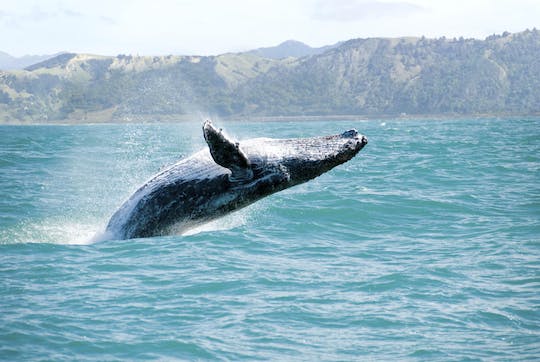 One of the most beautiful attractions in the Dominican Republic is the Samana humpback whale sanctuary, their mating and calving grounds. Every year, up to 5,000 humpbacks return to Samana Bay and the surrounding waters to give birth and to mate. You'll hear the call of the males' courting song and see them flipping and breaching, vying for the attention of females. After whale spotting, you'll head to Samana harbour. Enjoy a panoramic city tour before lunch at Dadam restaurant. In the afternoon, sail to the shores of Cayo Levantado island, where you can cast away on the sands, take in the scenery or take a dip. 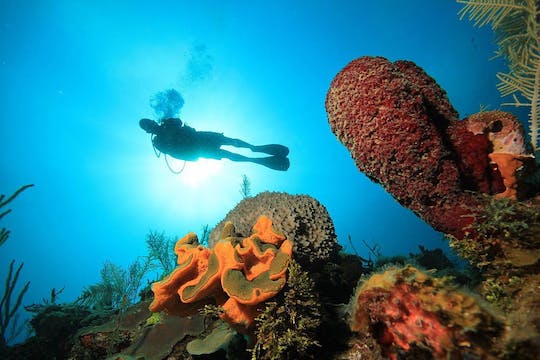 The Caribbean is one of the world's first-class diving destinations. Discover why with a PADI Open Water course. It's the most popular diving course for beginners and the most widely recognised certification. With practical, theory and four open water dives included, by the end, you'll be able to explore the wonders of the aquatic world around the globe. This diving experience with a difference sees you sail over to Saona Island for the day – the Dominican's top spot for scuba fans. While you dive, friends and family who aren't divers can also join the fun with some snorkelling. And when you're not exploring underwater, you'll come ashore to enjoy an open bar, lunch, and laidback vibes on a paradise beach. Combine local culture with adrenaline-pumping activities on this action-packed safari. First up is a coffee and cocoa tasting at a local plantation, before heading onward to the city of Higuey for a spot of sightseeing. Continue the adventure at the Banana Ranch with a countryside horseback trip and a thrilling buggy ride to the Sanate River. A buffet lunch is thrown in, too.