Enjoy a guided tour through the idyllic village of Grantchester, as seen in the hit ITV drama. The TV show, Grantchester is filmed on location in and around the village, which is situated just a couple of miles away from the historic city of Cambridge. This 2-hour walking tour starts in the heart of Grantchester. You'll be guided through familiar locations that required very little set dressing to transport them back to the 1950s. You may be surprised at how many film locations can be found on the vicar's doorstep.

The first episode was aired in 2014 when the world was introduced to Sydney Chambers: a village vicar who discovered a taste for sleuthing when he teamed up with Detective Inspector Geordie Keating. Many of the show's memorable moments take place in Grantchester Meadows, so pull on your walking boot, because no Grantchester tour would be complete without a visit to the Meadows.

Scenes in the Meadows and by the river included moments of loneliness, heartache, love, guilt, happiness and above all friendship, all of which will be discussed during the tour. What better way to reminisce over these scenes than by enjoying a leisurely walk along the banks of the River Cam?

The middle part of the tour includes a 20 minute (approximately) walk along the river, where you may be lucky enough to spot people punting, enjoying picnics and walking dogs who may or may not be called Dickens. As you make your way back to the village, your guide will point out spots where the police found abandoned cars,

The tours highlights include the Church of Saint Andrew and Saint Mary whose interior and exterior feature heavily throughout all 6 series of Grantchester. Next to the church, you'll see the real vicarage where both-heart breaking and heart-warming scenes were filmed and you'll get a chance to quietly enjoy the charming graveyard with its ancient gravestones, striking war memorial, and elegant red brick wall.

The final stop for the tour is at the infamous and charming Orchard Tea Garden, which has been referenced since series 1 of Grantchester. After the tour you are invited to put your feet up and relax in the beautiful orchard and sample some of the Tea Garden's tasty treats Mrs Chapman would approve.

Meeting point:
- Please meet your guide outside the Cambridge Distillery Showroom.
What to remember
Read more
Provider
Brit Movie Tours
Booking fee
Good news! No extra fees are applied to this booking.
Cancellation policy
Receive a 100% refund if you cancel up to 24 hours before the experience begins. 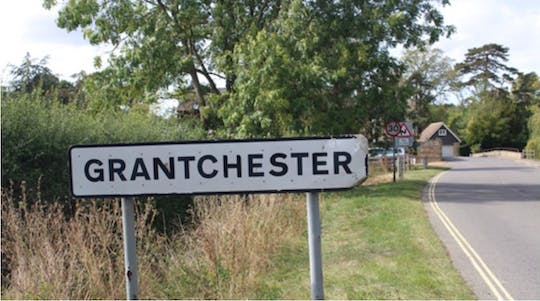 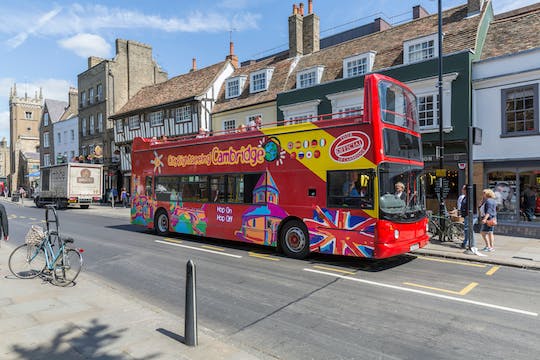 Hop-on-hop-off sightseeing tours of Cambridge. Book now with Musement and discover the fascinating history and culture of the iconic university city! 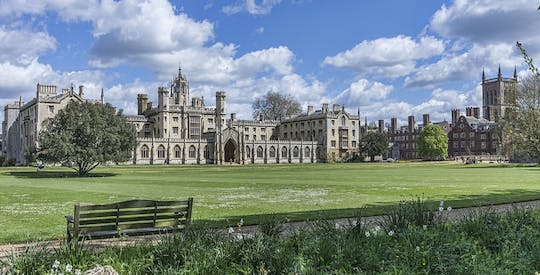 Play a city game and go on an exciting Cambridge walking tour where you will follow clues and solve puzzles to discover amazing places and local stories. 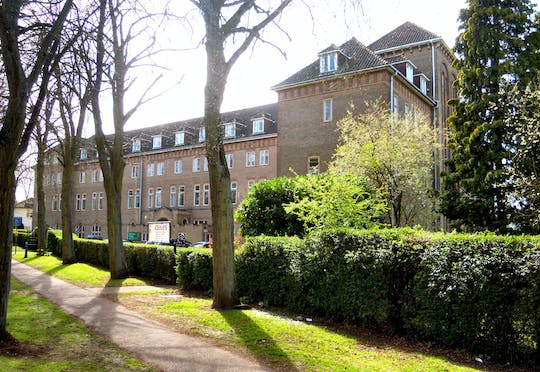 Go on a fun Letchworth Garden City walking tour where you will follow clues to discover amazing places and local stories using your smartphone.

Follow a self-guided audio tour around Cambridge passing the must-sees of the city while listening to stories from locals and students.

Enjoy a self-guided walking tour using an app, explore Lavenham explore the town and admire the crooked houses while learning about the local history 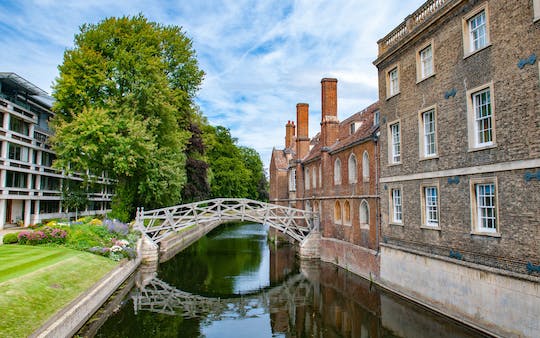 Go on a fun Cambridge walking tour where you will follow clues to discover hidden gems and local stories using your smartphone.