The journey begins with a visit of romantic Heidelberg on this delightful tour from Frankfurt. Known as one of the most beautiful cities in Germany, Heidelberg lies on the River Neckar and it is an everlasting favorite among international tourists.

Explore the world-famous castle (partially in ruins) with its impressing Gothic and Renaissance buildings. See the large courtyard, the mighty terrace and one of the largest wine barrels in the world, the “Heidelberg Tun”. Take a walk in the medieval town center and marvel at the Old Bridge, Karlstor, the Church of the Holy Spirit, House of the Knights with its precious Renaissance facade and small lanes with half-timbered houses.

The city hosts the oldest university of Germany. Once returned to Frankfurt enjoy a 1-hour roundtrip tour on a double-decker bus to the diversity of Frankfurt's historic and modern metropolis: the most important sights of the former Coronation city of the German Emperors and the modern European Banking Center.

Pass by the historic heart of the city called “Römer" - the famous old city hall, the Paul´s Church, the Cathedral and the reconstruction of the “new old town” part, reopened after many years of reconstruction. See one of the largest European rail stations, the Museum Embankment, European Central Bank and the banking quarter with its skyscrapers – among them the biggest office buildings in Europe.

A full day of new and interesting impressions.

What to remember
Read more
When
Read more
Booking fee
Good news! No extra fees are applied to this booking.
Cancellation policy
Receive a 100 % refund if you cancel up to 1 day before the activity begins. 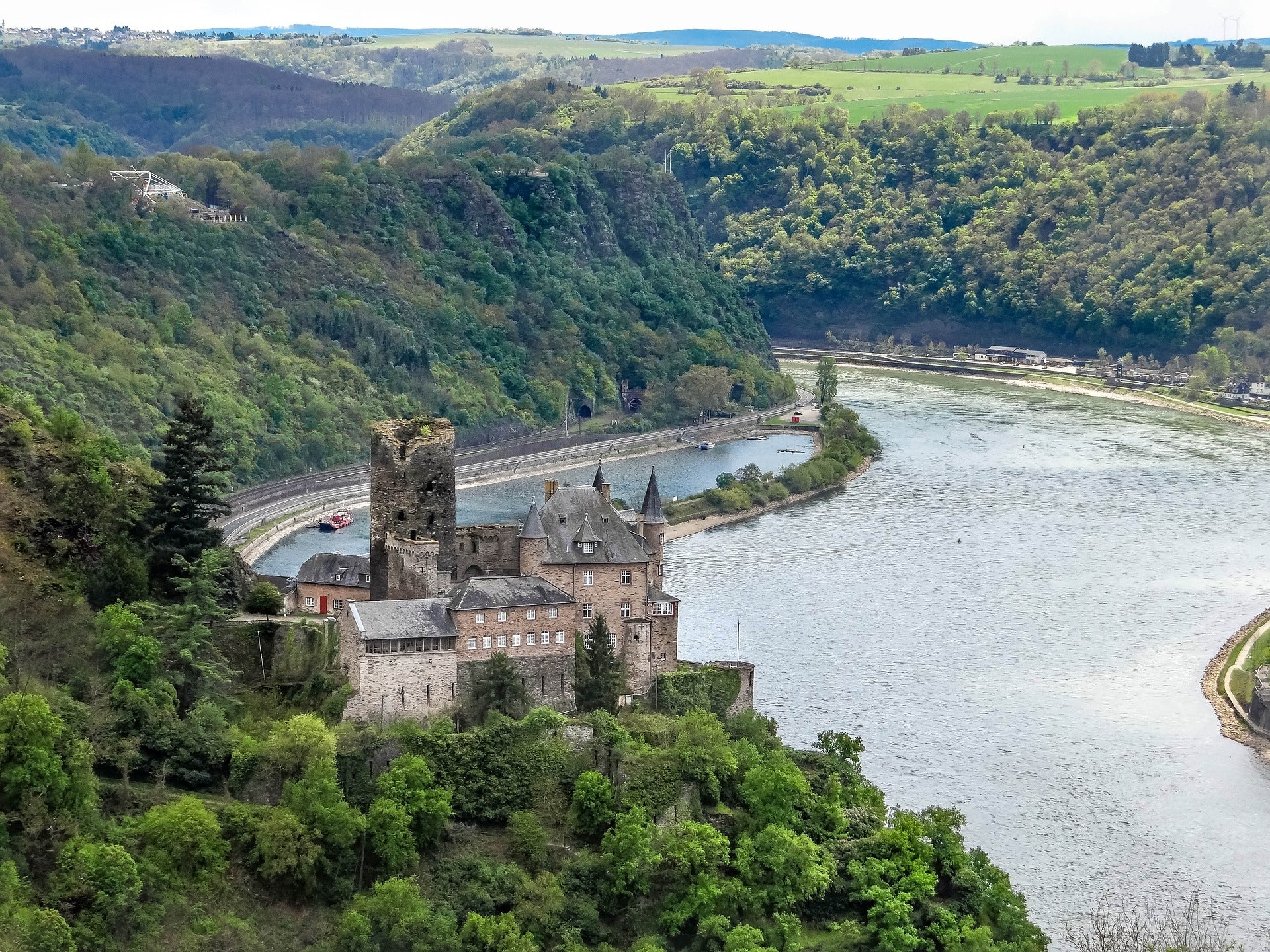 Day tour to the Rhine Valley from Frankfurt

Experience an unforgettable day trip to the Rhine River Valley - an area UNESCO counts to the World ... 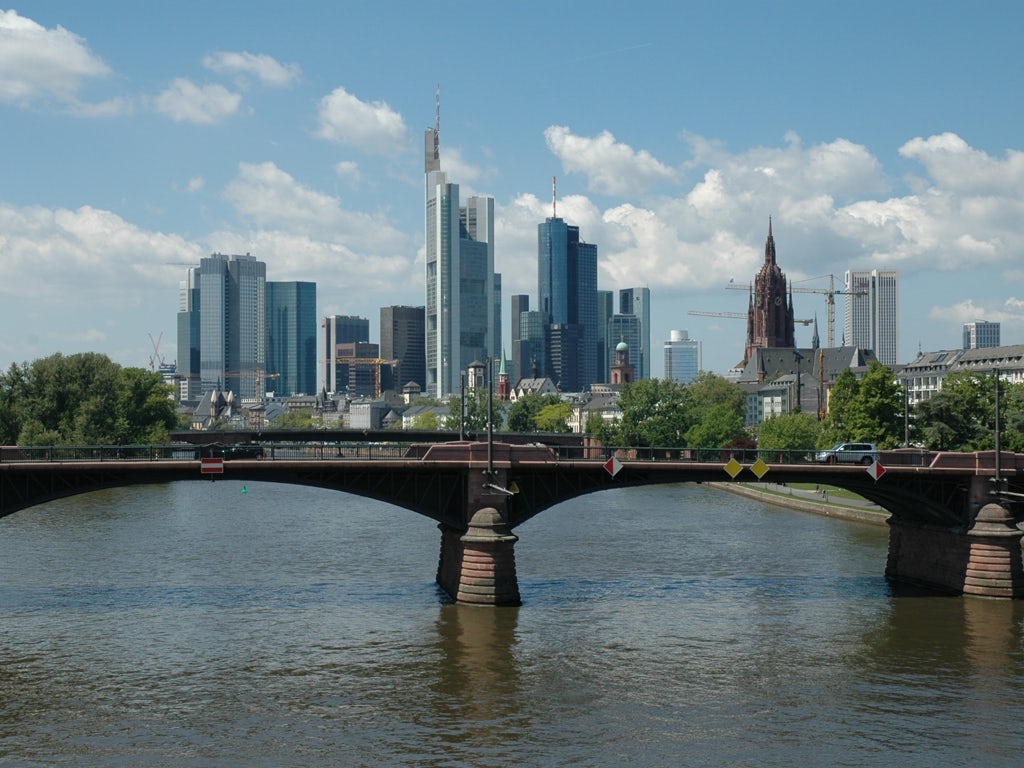 Enjoy a sightseeing tour through Frankfurt in the famous blue double-decker bus with the choice of 1... 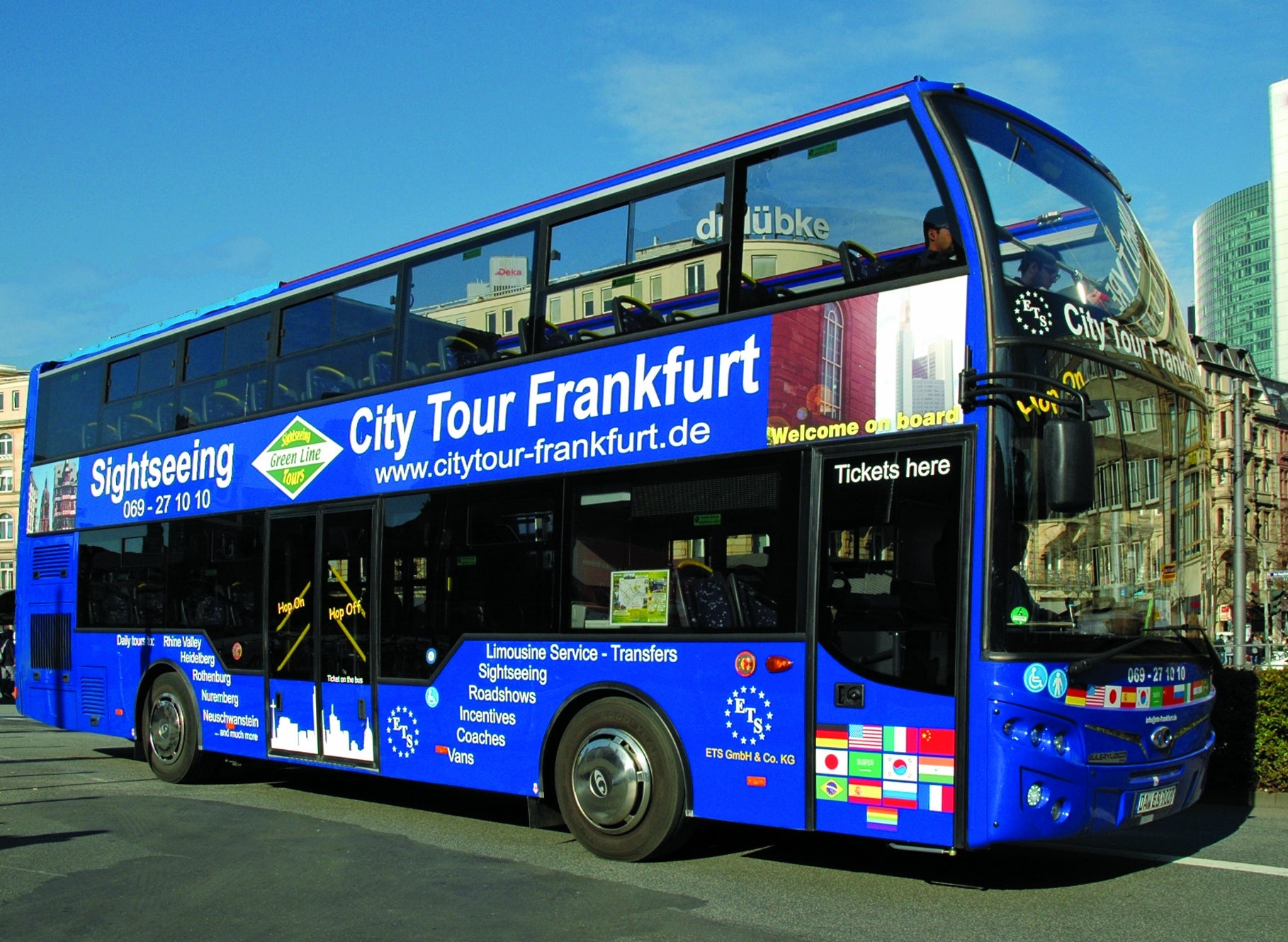 During the hop-on hop-off tour in the blue double-decker busses, you have the possibility to create ... 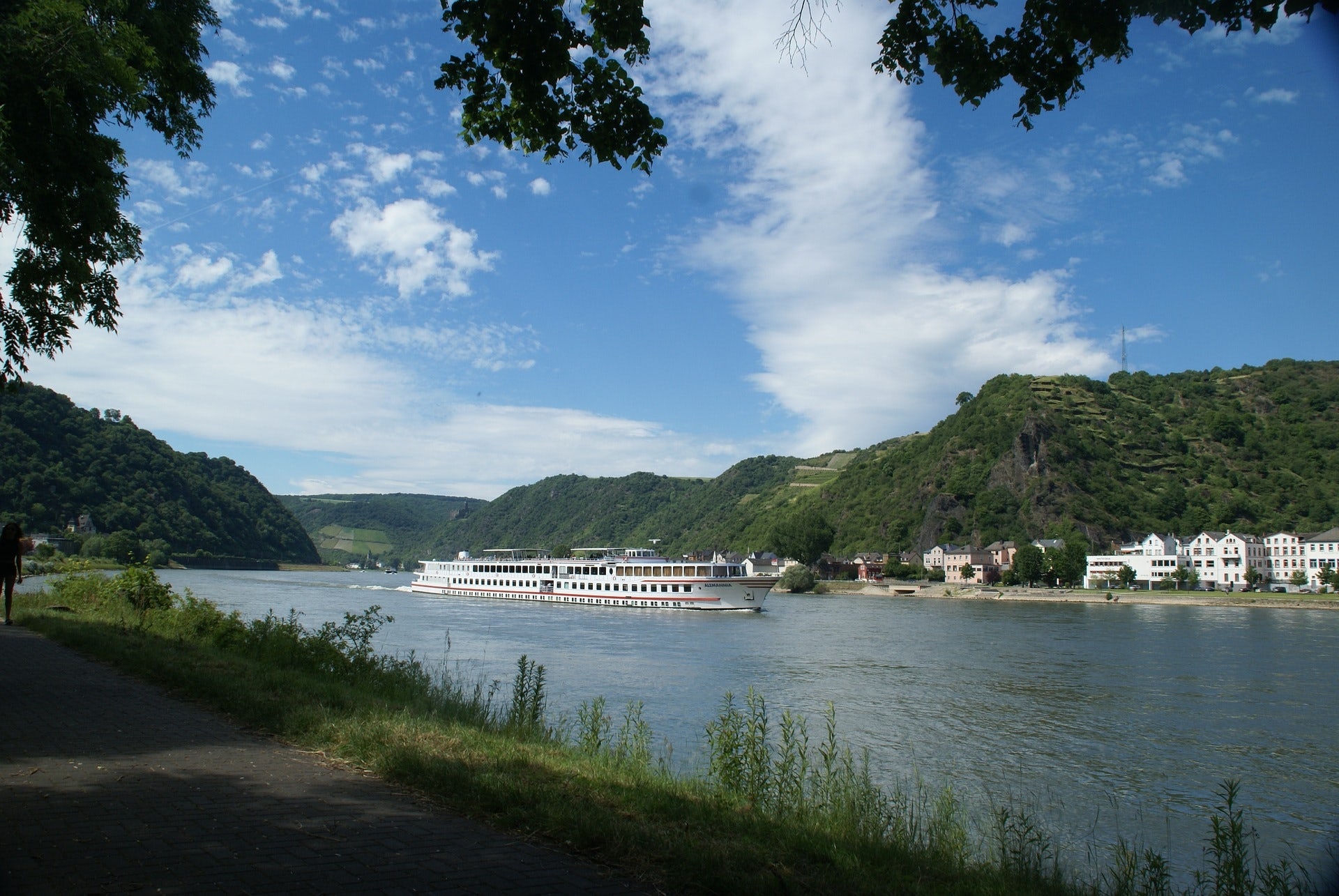 Enjoy an unforgettable afternoon trip to the Rhine River Valley – an area UNESCO counts to the World... 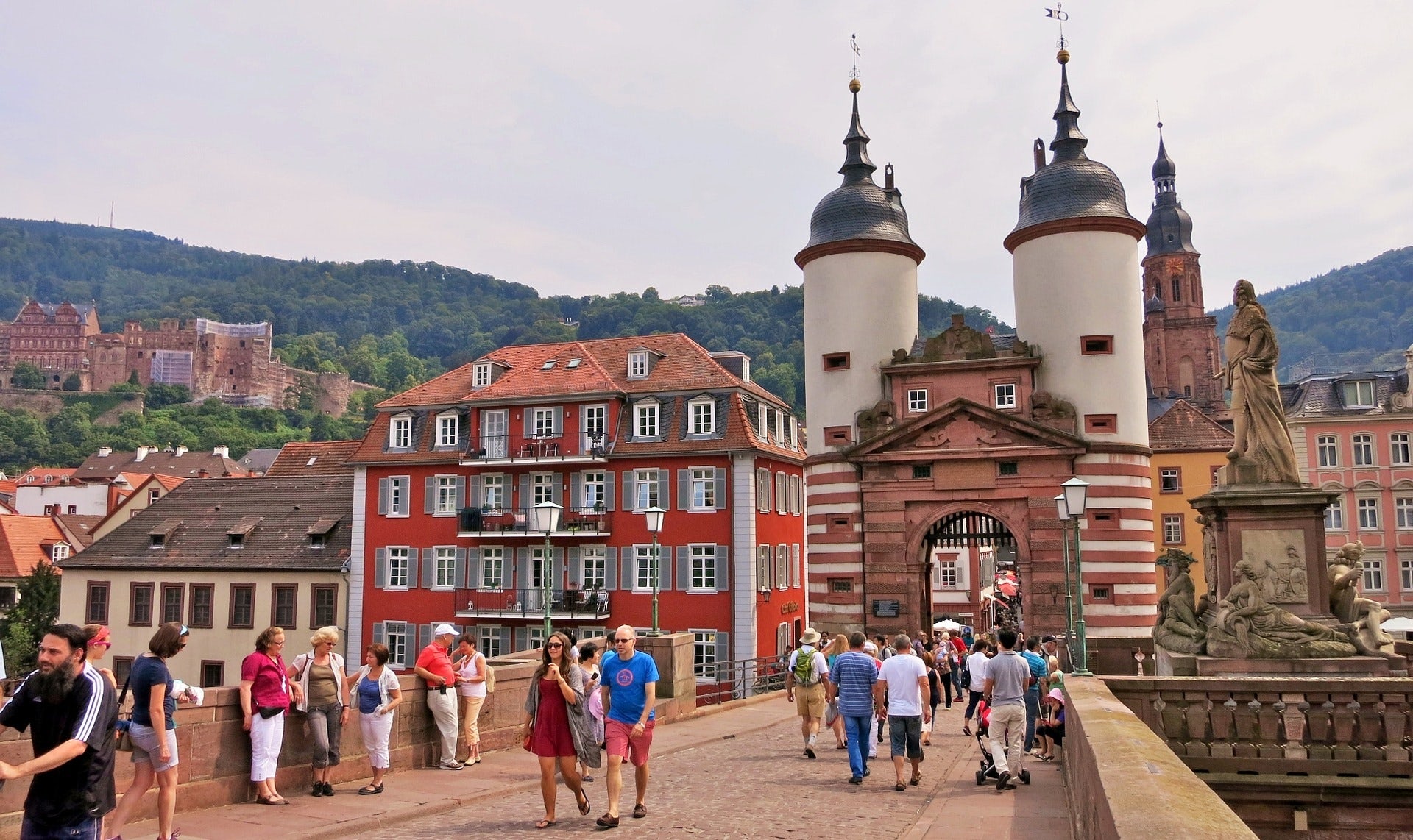 Morning tour to Heidelberg from Frankfurt

Visit romantic Heidelberg on this delightful morning tour from Frankfurt. Known as one of the most b... 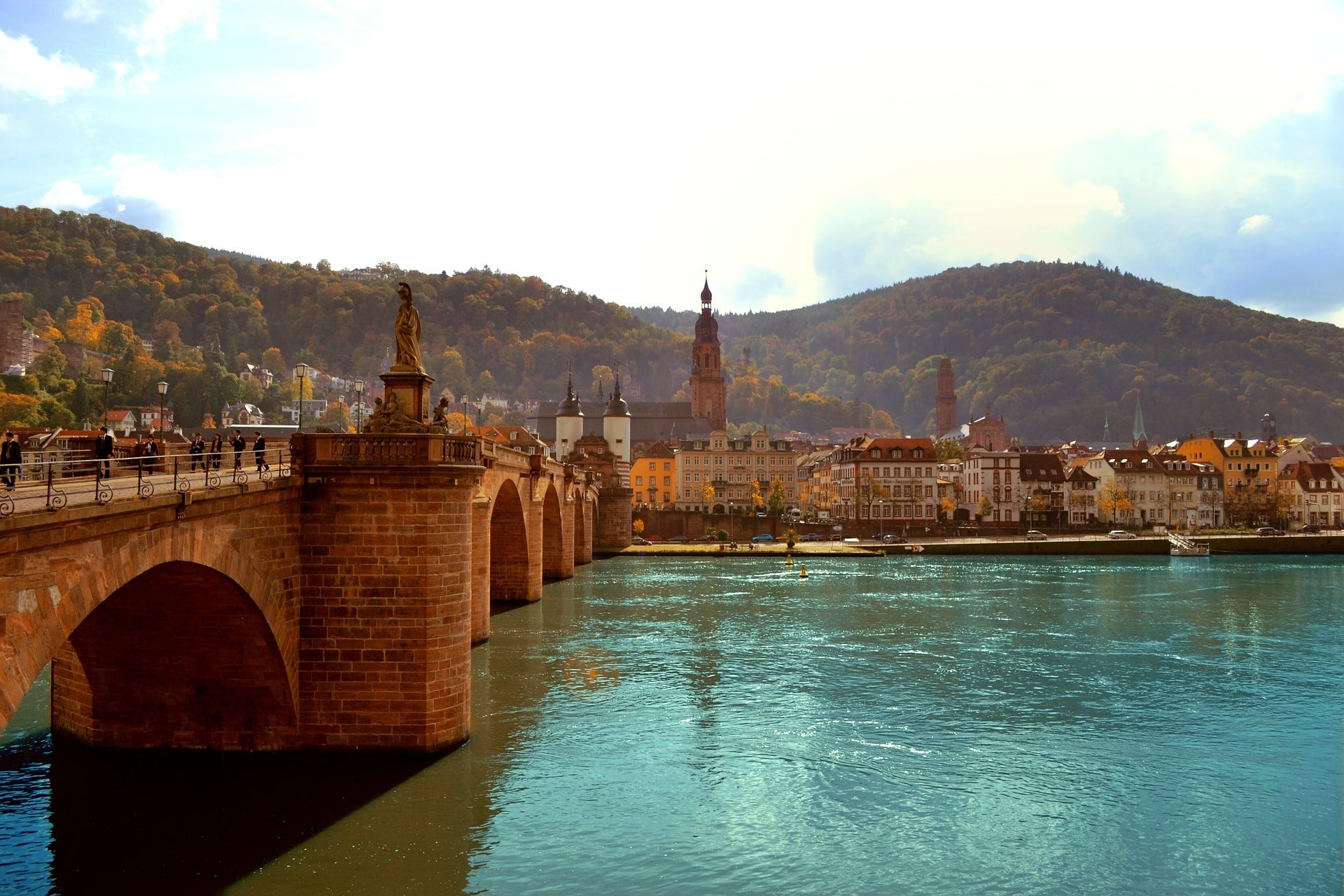 Afternoon tour to Heidelberg from Frankfurt

Visit romantic Heidelberg on this delightful afternoon tour from Frankfurt. Known as one of the most...

Frankfurt
View all experiences
from:
$ 105