Battery Park and Statue of Liberty self-guided tour in NYC

This self-guided audio and GPS tour of NYC’s Battery Park begins at the Netherlands Monument, where you’ll hear about the critical impact of the Dutch in early New York (did you know the city used to be called New Amsterdam?).

Next, those with any Italian heritage will definitely want to stop by the Alberti Marker and the statue of Giovanni de Verrazzano! The former was the first Italian to set foot in New York, while Verrazzano was an important explorer.

After that, visit the lovely pier, where you’ll hear the fascinating story behind the war memorials here, from the clock which serves as the earliest World War I memorial to the Korean War Memorial.

Then it’s on to the main event! Look across the waters to the world-famous Statue of Liberty. Learn the details of the statue’s hugely difficult construction, the symbolism behind it, and the man who made it all possible. Then turn to Ellis Island just beneath it to get a glimpse into the lives of New York’s early immigrants, all of whom landed on that very island before stepping into the New World.

Continuing on, you’ll get to visit an actual castle which once served as an important military fortress. On your way to the poignant World War II Memorial, learn more about how immigration transformed New York, and how New York transformed its new arrivals. Afterwards, find Staten Island on the horizon and hear the wild tale of how it was won in a boat race!

Finally, visit the unique, shining SeaGlass Carousel, a perfect place for the little ones to blow off some steam, and the perfect spot to pick up a boat to Staten Island or the Statue of Liberty.

• This is a self-guided tour. No guide will accompany you. The Action Tour Guide app functions as a guide, an audio tour, and a map all in one

• After the booking, you will receive an email and text with a link to the Action Tour Guide app and a unique password to access the tour within the app

• This tour has been developed by local guides, curated by creative writers, and narrated by professional voice artists

• Most stops along the tour have animated videos allowing you to visualize what you cannot see, such as snapshots from different centuries or interior rooms

• This tour is valid forever - from the moment of booking. You will not need to change the booking if your travel plans change

Read more
Provider
ACTION TOUR GUIDE LIMITED
Booking fee
Good news! No extra fees are applied to this booking.
Cancellation policy
Receive a 100% refund if you cancel up to 24 hours before the experience begins. Battery Park and Statue of Liberty self-guided tour in NYC 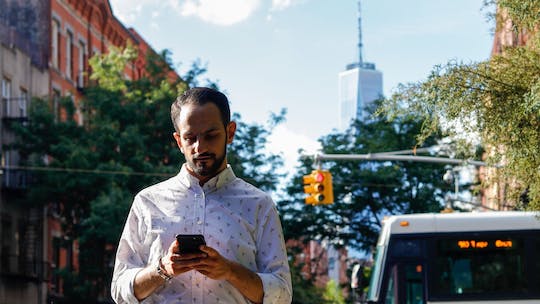 Enjoy a pleasant stroll among the oldest buildings and the brand-new architectural masterpieces of New York! 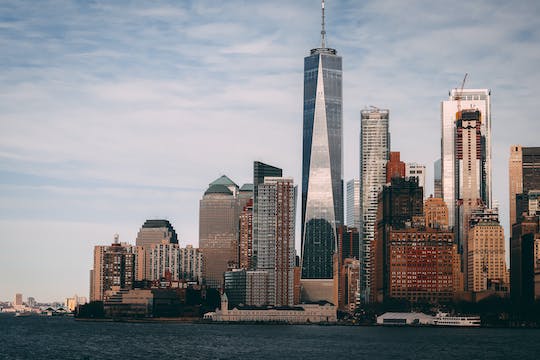 A trip to NYC wouldn't be complete without a sobering visit to the Ground Zero 911 Memorial and One World Observatory, a must-see centerpiece of the Big Apple.

Statue of Liberty and Ellis Island Tour in Spanish

Discover the Statue of Liberty and Ellis Island on this charming expertly guided Spanish tour. 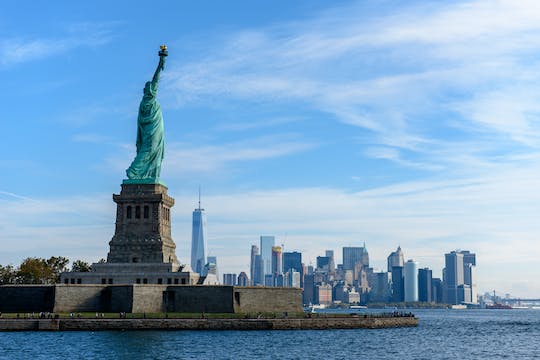 Enjoy a private scenic helicopter tour from Westchester! Perfect for couples looking for a romantic time. 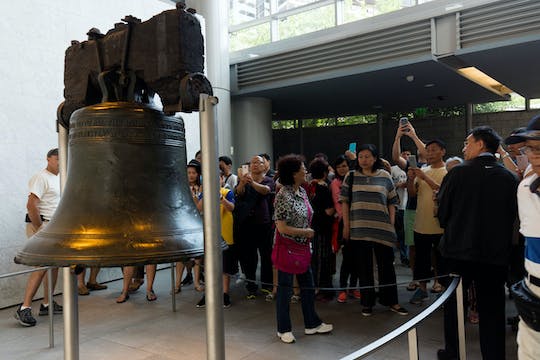 Book a Philadelphia and Amish Countryside day tour from NYC and visit the city of brotherly love. Have the chance to see how the Amish live as well!