Join a guided walking tour of one of Rome's most interesting neighborhoods, the Jewish quarter.
Listen to your guide as they explain how it was established on the banks of the Tiber River as a prison-neighborhood within Rome, surrounded by fences and gates, as it was considered unacceptable for Jews to live together with Christians.
The community remained marginalized for centuries and only in 1848 the dismantling of the doors and walls of the Jewish ghetto was ordered, even though the laws restricting Jews remained in force until 1870. Walking the streets you'll realize how the former ghetto quarter represents the uninterrupted relationship between the Jewish community and the city of Rome and why they chose it to be the home of its Great Synagogue, a symbol of the emancipation achieved by Roman Jews after the abolition of the ghetto.
Getting to know this historic area of the city and visiting this stunning religious site is an unforgettable experience.

At the Touristation office, next to Piazza Venezia. Facing the Vittorio Emanuele building, keep walking on the right-hand side, cross the bus stop and the gardens. In front of the office, you'll find a small fountain

When
Read more
Provider
Ticketstation srl
Booking fee
Good news! No extra fees are applied to this booking.
Cancellation policy
Receive a 100% refund if you cancel up to 24 hours before the activity begins. 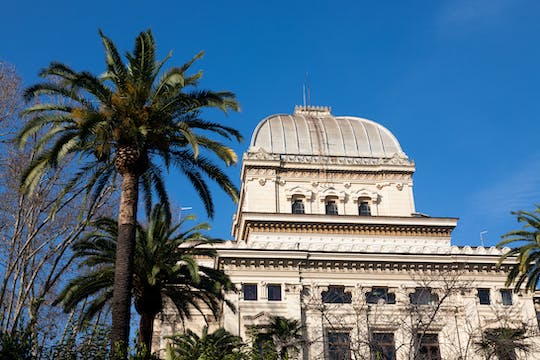 Mobile voucher accepted
from:
$42.00
Sorry, it's sold out
Unfortunately all tickets have been sold out for this event

Skip the Line: Private Rome from Civitavecchia in one day shore excursion

Get all the best information for your Skip the Line: Private Rome in One Day Shore Excursion and book your tickets, skipping the line, at official rates. Get informed, plan and book your tour around Rome. 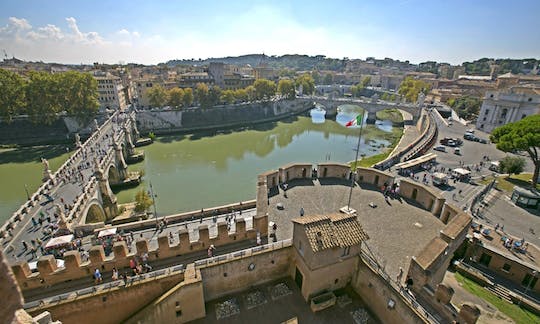 Book your Angels and Demons Rome Illuminati Tour and enjoy a unique, treasure-hunt-like experience to visit Rome's most loved attractions. 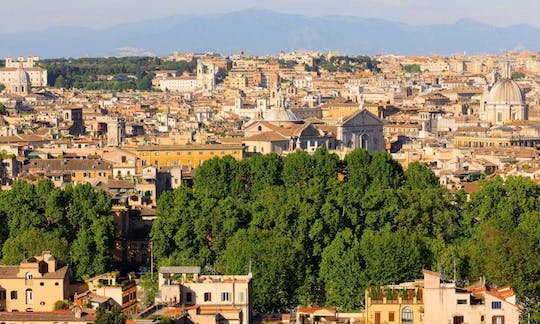 Get all the best information for The Great Beauty Electric Bike Tour. Book your tickets, skipping the line, at official rates. Get informed, plan and book your tour in Rome, Italy. 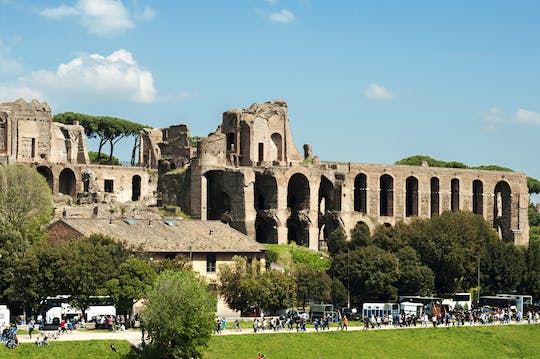 Be guided in a small group of 13 inside the marvelous Bath of Caracalla, walk inside the Maximus Circus, reach the Aventine Hill and enjoy the views over the city. 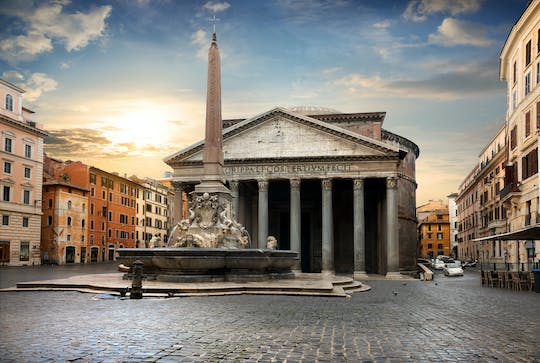 Enjoy an evening walking tour of Rome's most iconic corners and learn more about the city's history from your expert local guide!