Walking tour in the footsteps of Bernini

Bernini was an Italian artist, perhaps the greatest sculptor of the 17th century, whose sculptures and paintings are spread almost everywhere around Rome. He created the Roman Baroque style and when he died at 82, he had served eight popes and was widely considered not only Europe’s greatest artist but also one of its greatest men.

Begin your tour in Rione Colonna, an old district where the artist lived. Here, you'll discover some of the artist's sculptures and appreciate the main features of his style. Stroll through the historical center and reach the Barberini Palace, where you will admire the architectures and fountains commissioned by the Barberini family for their headquarter.

Head to the Church of Santa Maria della Vittoria, where you will admire the Cornaro Chapel and the famous statue of the Ecstasy of St. Teresa. End your tour in the Basilica of Santa Maria Maggiore, where Gian Lorenzo Bernini was buried in 1680.

Meeting point:
- This tour offers pick up service from Rome's accommodations. Please provide your pick up address at the time of booking
What to remember
Read more
Provider
Studio Associato Eyes of Rome
Booking fee
Good news! No extra fees are applied to this booking.
Cancellation policy
Receive a 100% refund if you cancel up to 1 day before the experience begins. 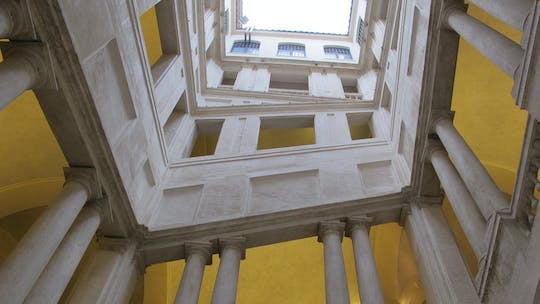 Walking tour in the footsteps of Bernini