Discover the grandeur of Saint Petersburg in the comfort of a private vehicle and accompanied by a professional guide. During this tour you will have a chance to visit most of the famous sites of Saint Petersburg. See ST-Isaac’s Square, Spit of ST Basil Island, Fine Arts Square with the Russian Museum, the Palace Square and many others. The tour includes a visit to Peter and Paul Fortress and Cathedral inside and also a tour of the Cathedral of Our Saviour on Spilled Blood.

Saint Petersburg, which celebrated its 300 anniversary in 2003, is still young, but there are not many cities in the world that can compete with its number of historical places and architectural beauty. It is a real challenge to squeeze into a 3 hour tour all the must-see sites of the former Russian capital, and pay them justice.

Hear interesting facts about the city, which was built according to the rational plan of Peter the Great. Though the city center is really a mixture of buildings constructed at different times, one can not escape the impression of the divine unity, harmony of stone and water.

Visit the amazing Nevsky Prospect, the city’s busiest street, which runs for 4.5 km. Today you can find along it modern restaurants, movie theatres, and bank offices together with splendid palaces of the ex-Russian aristocracy, theatres and museums. It is also a major shopping area of the city.

You’ll have the opportunity to visit Peter and Paul Fortress with the Cathedral of the same name, from which the town of Peter started in 1703, and transformed into the capital of the vast Russian empire few years later. The cathedral became the burial place of the Russian emperors and members of the family from Peter the Great onwards.

The city highlight tour includes an inside visit to the Cathedral of Our Saviour on Spilled Blood, which is a rare example of the traditional Russian church in Saint Petersburg. The church was built on the spot where the Russian emperor Alexander II was assassinated in 1881 and richly decorated with mosaics.

This tour is a perfect option for your first days in Saint Petersburg. Besides getting familiar with the city, your local guide will be happy to advise you on places to eat and city transportation system.

Take advantage of the hotel pick-up by indicating the name and address of your hotel in Saint Petersburg at the time of booking.

What to remember
Read more
When
Read more
Provider
Marina Wilson Private Tours
Booking fee
Good news! No extra fees are applied to this booking.
Cancellation policy
Receive a 100 % refund if you cancel up to 24 hours before the activity begins. 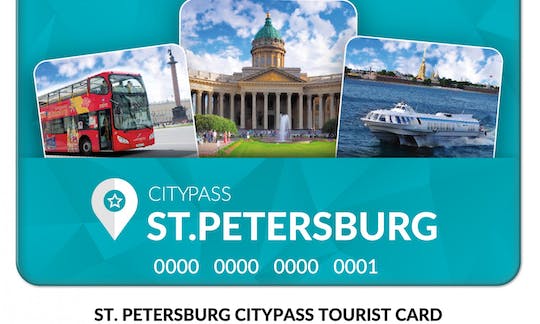 With your St. Petersburg CityPass card, you'll save up to 80% when you visit the city's museums, riv... 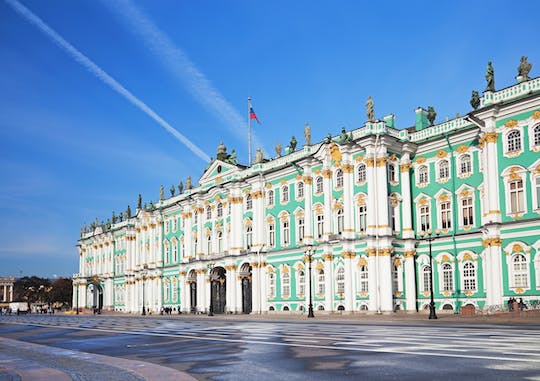 Visit the Hermitage Museum in Saint Petersburg to discover the collection that includes over 3 milli... 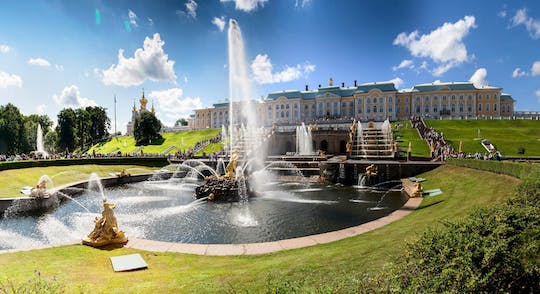 Visit Peterhof, a beautiful summer residence of the Russian Imperial family. See both the Grand Pala... 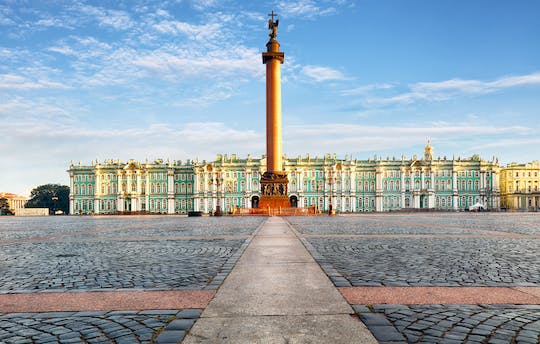 Tour of Catherine and Pavlovsk Palaces with transfer from St Petersburg

Discover stories of the Russian Imperial family and aristocracy on a visit to two former Imperial su... 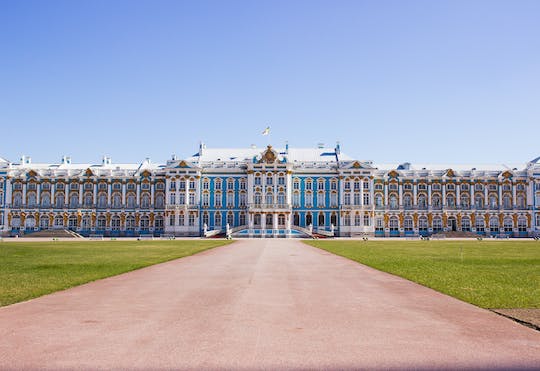 Explore imperial residences on this day tour of Catherine Palace and the Peterhof gardens. If you on... 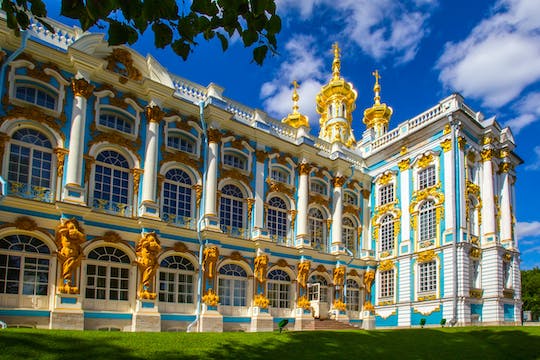 Catherine Palace and Parks in Pushkin (Tsarskoe Selo) is located in suburbs close to Saint Petersbur... During your private evening river and canal cruise tour of St Petersburg, you will admire the city's...

The "Russian Versailles" is a symbol of the rise of Russia to become a great power of Europe and so ... 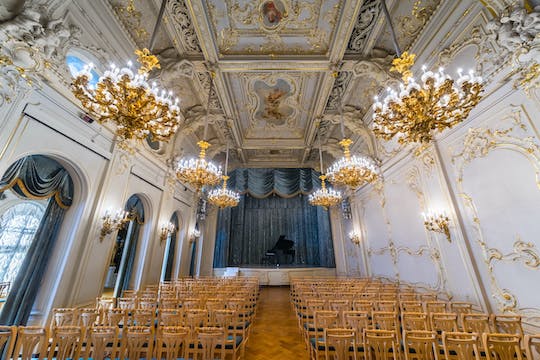 Enjoy a Russian classical music concert in one of the most sumptuous palaces of the city on the Neva...