After being picked up at your hotel in central Istanbul, you will head to Eminonu Pier where you embark on a 2.5-hour boat trip along the Bosphorus Strait.

In the first hour, you will explore the sights of the European side of the city, passing historical monuments such as the Galata Tower, Dolmabahçe Palace, Cıragan Palace, the Ortaköy Mosque and the fortress of Rumelihisarı, built by the Ottoman Sultan Mehmed II in the 15th century.

Passing a second bridge, you will find yourself on the Asian side of Istanbul, where you will hop off the boat to visit Kücüksu Palace, (only a visit of the gardens, no interior visit) built in the 19th century as a hunting lodge for the Ottoman sultans. Make your way back to the city center, following the Asian coast, and get a look at the Anatolian Fortress (Anadoluhisarı) and Turkey's oldest military school at Kuleli Military High School. Admire the elaborate Beylerbeyi Palace, built as a summer residence for the Ottoman rulers in the1860s, and see the Maiden’s Tower guarding the entrance to the Bosphorus Strait as you get ready to disembark.

Meeting point:
Hotel pickup is only available in the Beyoglu and Fatih districts. Please note that the pick up from the hotel is about 45 minutes before the tour starts, depending on where the hotel is located. Meet your guide in the lobby of your hotel.
What to remember
Read more
Provider
Bosphorus Tours Istanbul
Booking fee
Good news! No extra fees are applied to this booking.
Cancellation policy
Receive a 100% refund if you cancel up to 24 hours before the experience begins. 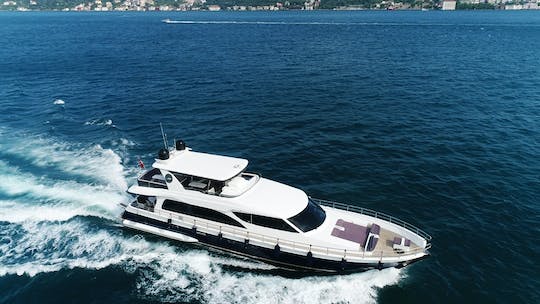 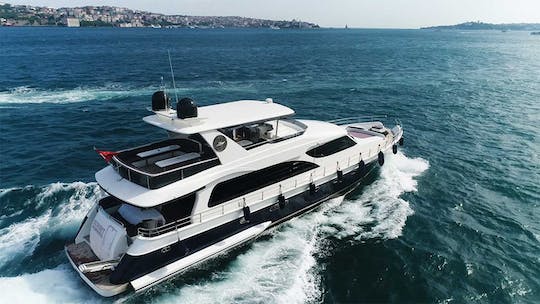 Discover the water world at Sea Life in Istanbul! Don't miss 15 different species of sharks and the longest underwater tunnel in Europe. 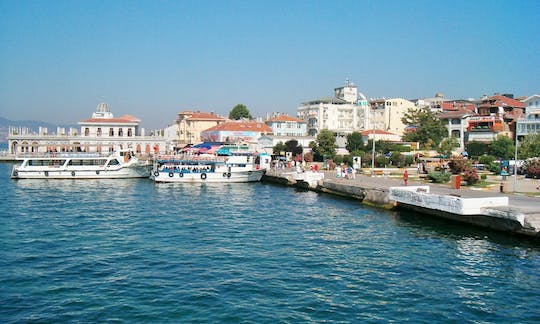 Discover the beautiful Princes Islands with a cruise from Istanbul, a carriage ride and lovely lunch. Book your ticket now with Musement! 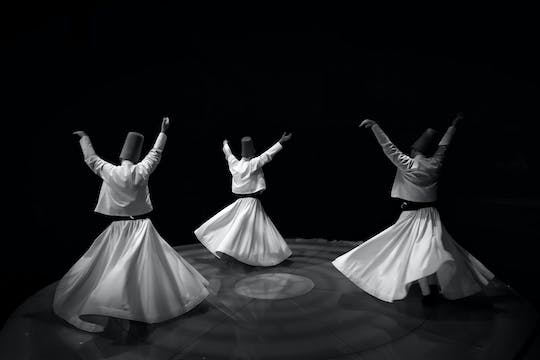 Book your Original Whirling Dervish show Istanbul to experience a UNESCO Heritage of Humanity performance that takes you on a journey through a spiritual ascent of mind and love to perfection. The experience will leave you in awe of the Whirling Dervishes, the teachings of Sufi mystic Rumi, and an 800-year-old ancient ritual integral to Turkey's spiritual history. 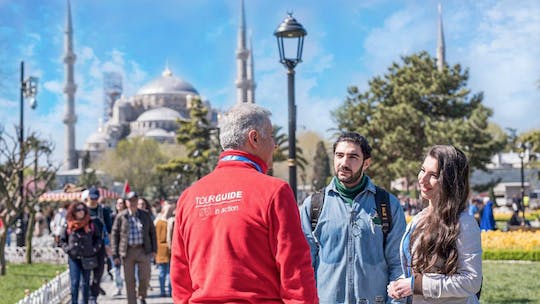 Discover Hagia Sophia, Blue Mosque and Topkapi Palace Garden on this guided walking tour in Istanbul. Learn about the city from a local guide. 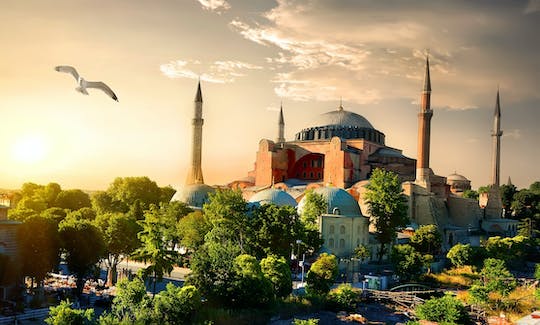 Visit one of Istanbul's most ancient buildings. First a Greek Orthodox Patriarchal Basilica, later an imperial mosque and now a world renowned museum. 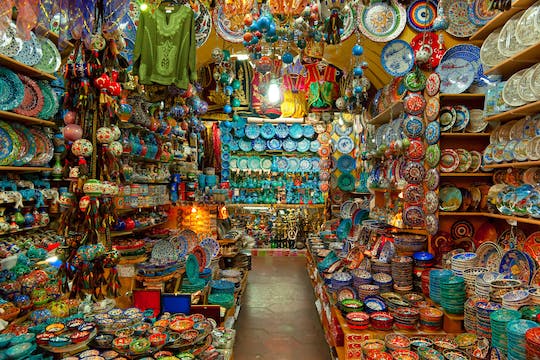 Visit the most important sites in Istanbul. Book your tour online and discover the marvelous Hagia Sophia, the impressive Blue Mosque and much more! 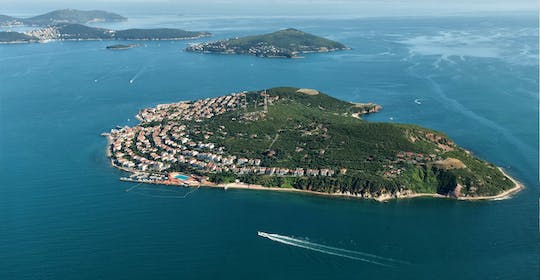 Explore the famous Princes' Islands on a guided tour starting at your hotel in Istanbul. See mesmerizing nature and wooden houses.