The Teide is a volcano located on the island of Tenerife in the Canary Islands (Spain). It is the country's highest peak, with an altitude of 3,718 me...

In the top 5 attractions for Tenerife 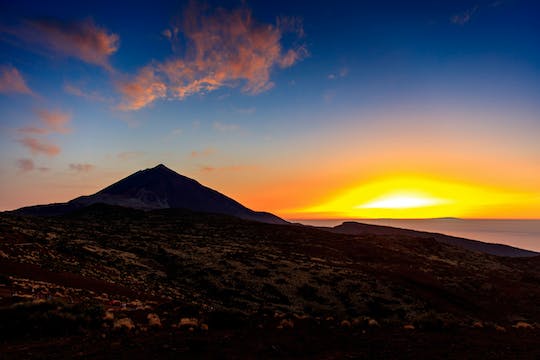 Teide by Night – from the South & West

Tenerife's Mount Teide National Park boasts some of the most breathtaking scenery and views in all the archipelago. The skies above Teide – the highest mountain in Spain – are among the best in the world for stargazing. On this tour, you'll be driven high up into the craggy wilderness of the national park, with photo stops along the way. Watch the setting sun fire this landscape in a blaze of colour, and toast the sunset with a glass of cava. Then, once darkness has fallen, we'll continue on to a special viewpoint where your professional guide will map out the night sky for you. A three-course dinner sets the seal on a magical outing. Tenerife's greatest natural wonder, Mt Teide is Spain's highest peak. Avoiding the busiest times of the day, this expertly guided tour explores its wild volcanic habitats and offers unbeatable views over Tenerife and the rest of the Canaries. The 3,718-metre peak is the centrepiece of its own National Park, a UNESCO World Heritage Site. The park's trails have you pass through four different climate zones. A visit to the Roques de Garcia rock formation rounds off the trip. 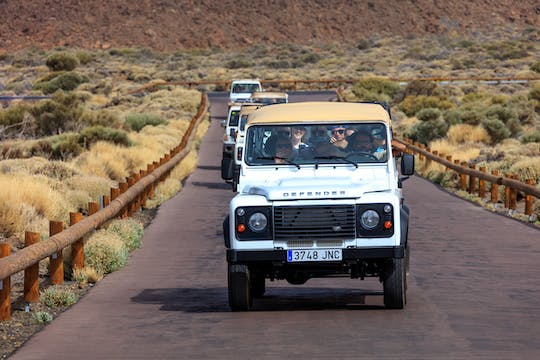 A journey through some of the most dramatic landscapes in Tenerife. This 4x4 half-day safari takes you through valleys and above hills into the lava-scarred Teide National Park for a 100% Canarian adventure. You'll also discover remote, rustic villages such as Vilaflor, Chirche and Guía de Isora as well as Roques de García and Pico Viejo viewpoints. Quad tour of Teide at sunset 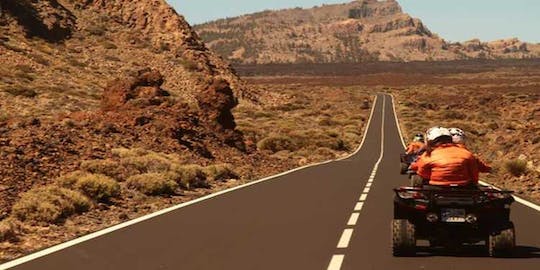 Book now your ticket for a tour of Teide national park. Drive a quad around the best routes of the park and enjoy a fun way of discovering nature

Health & safety measures All the necessary measures are in place, so you can enjoy your experience the safest way possible.
Reviews
Roy May 10, 2022
5/5 ()
The guide was excellent, explained the overall trip and provided detailed information during the trip about what was around us. The night sky and star gazing experience were also great and again the guide went into great detail with the added benefit of the telescope's that had been set up for us. H...
Sarah May 3, 2022
5/5 ()
Wonderful trip through the national park. Have been many times before but this trip is different. The sunset -wow! The star gazing - even bigger wow! The guide was really knowledgeable about Tenerife , Teide and the stars. I learned a lot - absolutely awesome! Only downside was we were collecting pe...
Paul May 13, 2022
5/5 ()
Everything was excellent and planned brilliantly. I felt for the money that a choice on a set menu would've been more appropriate for dinner. We were given a three course menu with no choice (apart from dietary needs) and I felt the value for money wasn't great, and the quality of the meal was avera...
Dieter April 23, 2022
5/5 ()
Well organised. Interesting tour. Guide/host was very knowledgeable about the area. Talk on stars was very interesting. Guide was good fun. Food and drink supplied was very good, and plenty of it. A very well spent afternoon and evening. Would definitely recommend.
Carol May 14, 2022
4/5 ()
Enjoyed watching the sunset although cold and windy. Blankets supplied which were welcome. The star gazing was interesting but for us a bit to long and our attention started to wander. It was a long time just standing in the cold. Overall it was a good experience.
Julie May 12, 2022
4/5 ()
The guide was great, very knowledgeable and made the star gazing fun. It was unfortunate that the clouds and wind made it impossible to look through the telescopes and it was also very cold but that didn't spoil our enjoyment
Nichola April 19, 2022
5/5 ()
Informative guide, lovely meal, great experience. Grateful for the blankets provided to make our star gazing more comfortable as it was colder & more windy than we expected. Thank you Fernando & Leon x
Ian April 22, 2022
5/5 ()
This experience is a definite yes on a visit to Tenerife,a moment in time you'll never forget, stunning,puts you in your place as a mere human,in a amazing way ,x
Kevin May 12, 2022
5/5 ()
It's not every day you get to climb an active volcano and experience something you just can't in the UK. One of the most exhilarating moments of my life!
Robin May 15, 2022
4/5 ()
Very informative guide and helpful driver. Booked through the app which gave little detail about what the your would entail.
Zoe May 20, 2022
5/5 ()
An amazing experience, well guided and informative. Breathtaking views, excellent value for money.
Lisa April 22, 2022
5/5 ()
Great experience. Really enjoyed the excursion. Very interesting and amazing views and landscapes.
Mike May 17, 2022
4/5 ()
Knowledgeable, friendly guide. Food and wine cheap and cheerful. Interesting explanations.
Andrew May 3, 2022
5/5 ()
Possibly traditional Canarian potatoes with the meal The trip was very informative
Diane May 11, 2022
4/5 ()
Star gazing and information given was brilliant
Top attractions in Tenerife 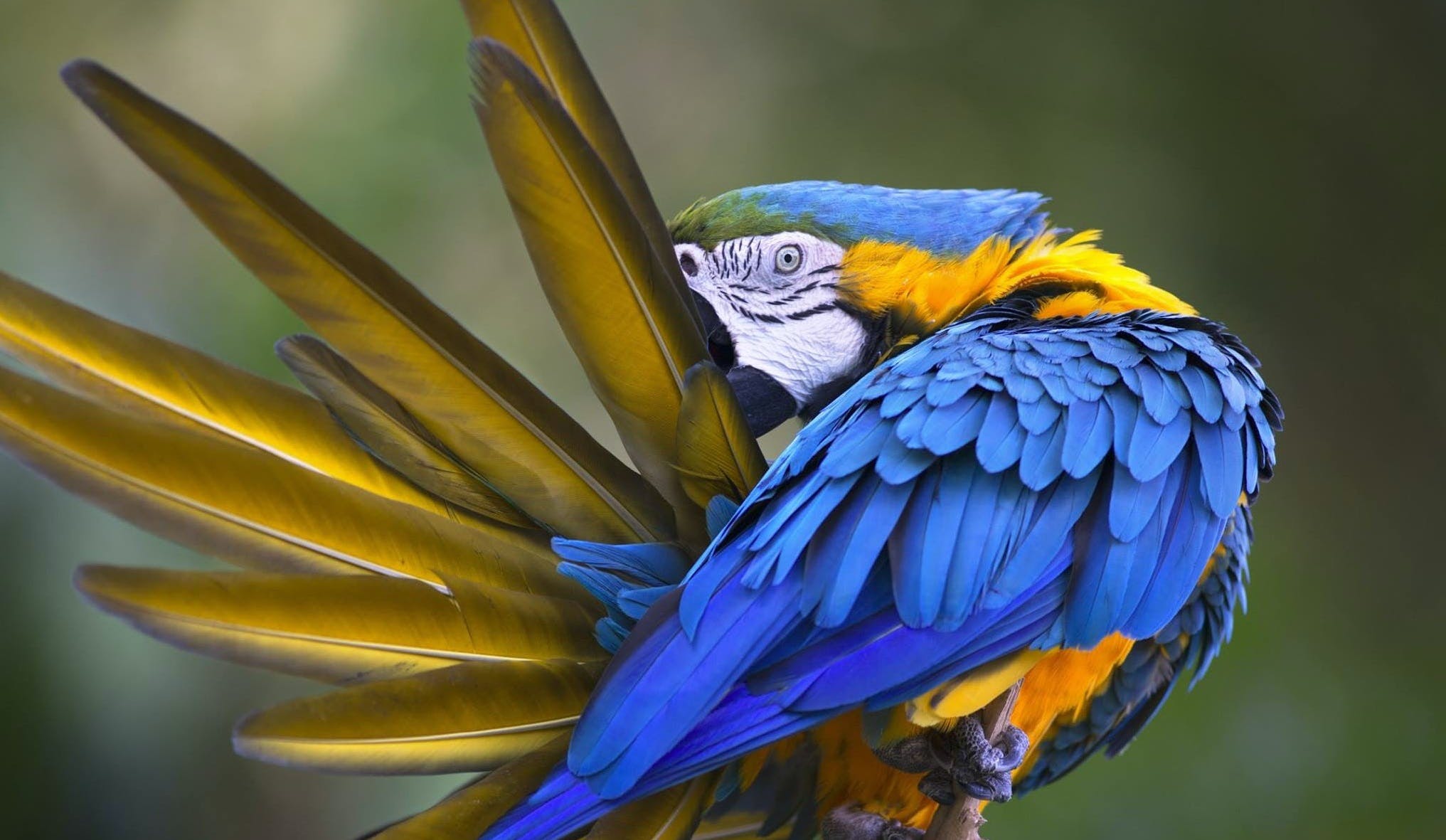 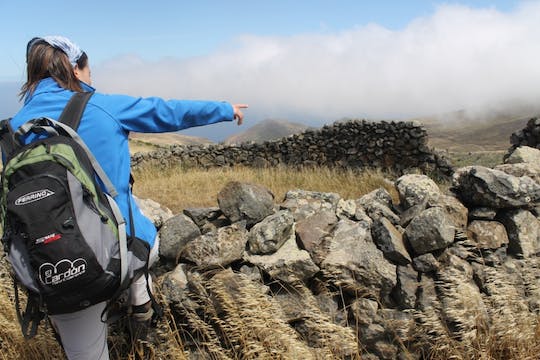 Book your Secrets of Teno half-day hiking tour to marvel at the views as you descend from the mountains of Teno Alto to the coastal area of La Punta de Teno within Tenerife. Make the most of a guided experience starting from Buenavista del Norte plaza combined with free time. 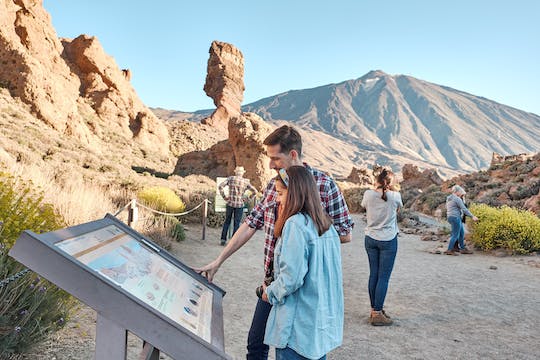 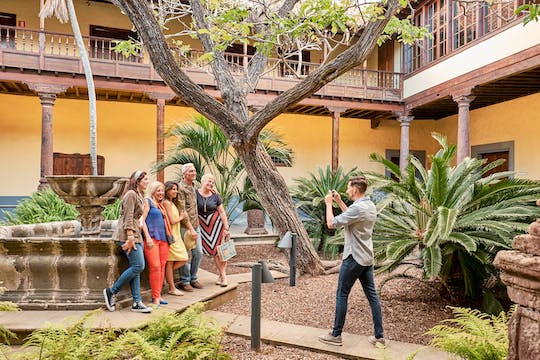 VIP Tour around Anaga and La Laguna from North Tenerife

Book now your entrance ticket for the Casa de Los Balcones and discover more about the life of the Canary Islands throught history. Learn the traditions of Tenerife!

Drive through the Teide National park on a quad. Feel the thrill of exploring the island and see its best views 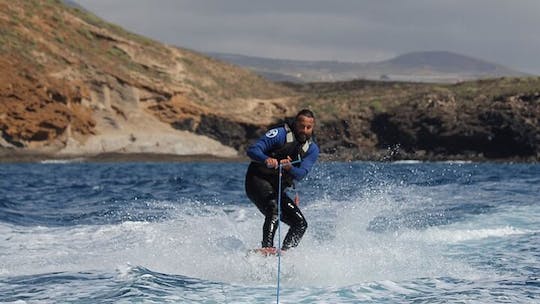 Enjoy the freedom, fun and adrenaline of a private wakeboarding experience in south Tenerife.

Enjoy a 3 hour rental of a sailboat exclusively for you and your friends and explore the beautiful waters of Tenerife. 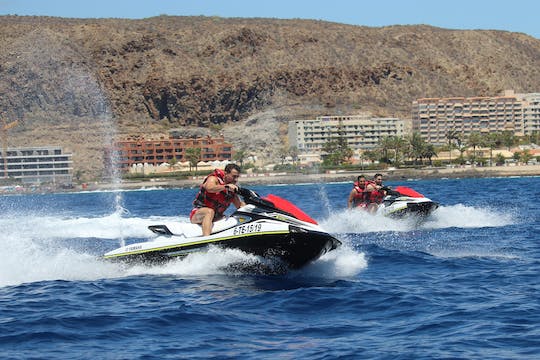 Explore the south coast of Tenerife, admire the Costa del Silencio and feel the adrenaline on board of a powerful jet ski. 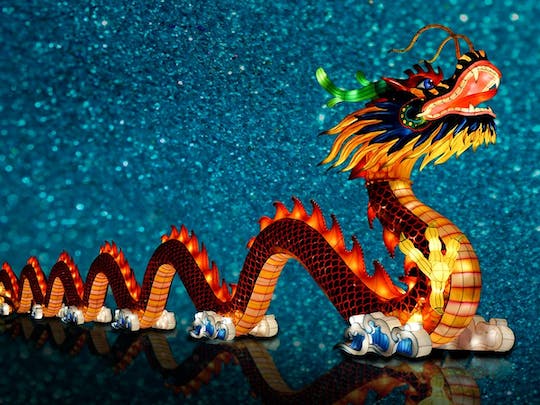 Book your Explore the Chinese Lantern World entrance ticket to smile within the fairy tale atmosphere, while children have fun on the luminous playground and with 800 themes. 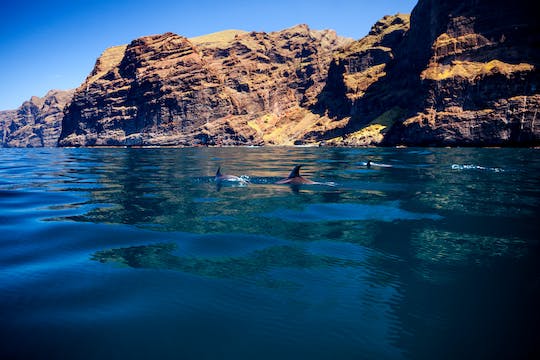 5 hour whale and dolphin watching on an eco-catamaran

Travel on a catamaran and admire the whales and dolphins swimming in their natural habitat whil enjoying a traditional meal on the deck of the boat.

Visit an eco-friendly banana plantation and discover the principles of permaculture directly from the finca's owner. Enjoy a delicious banana snack.

Tenerife
View all experiences in Tenerife

The Teide is a volcano located on the island of Tenerife in the Canary Islands (Spain). It is the country's highest peak, with an altitude of 3,718 meters above seal level and 7,500 meters above the ocean floor. It is the third-highest and bulkiest volcanic structure on the planet, after Mauna Loa and Mauna Kea in Hawaii.

During the European expansion, Teide's towering altitude explained why it was considered as the highest mountain in the world, since the Spanish, Portuguese and British sailors used it as a beacon during their navigation through the Atlantic Ocean to the South.

The Teide is the most emblematic natural element of the Canary Islands and one of its main touristic attractions is visited by millions of people each year. The volcano forms part of the Teide National Park, which was declared World Heritage by UNESCO in 2007. A deserved recognition, as is the most complete sample of supra-Mediterranean vegetation floor in existence and one of the most amazing volcanism manifestations there is worldwide.

If you visit the park, don't forget to take the cable car: the base station is 2356 meters above sea level and the highest station is at 3555 meters. Once you reach the top, you will be able to look at an extraordinary view!

Do not miss the Roques de García, a group of very interesting rock formations, among which is the Roque Cinchado. Astronomy lovers can opt for sunset visits, during which, after watching the sunset, they will learn a lot of interesting facts about the constellations, stars, and planets.

Today, there are many different options to explore Teide: take part in an excursion or a guided tour by private transport, bus with free stops and even on quads.