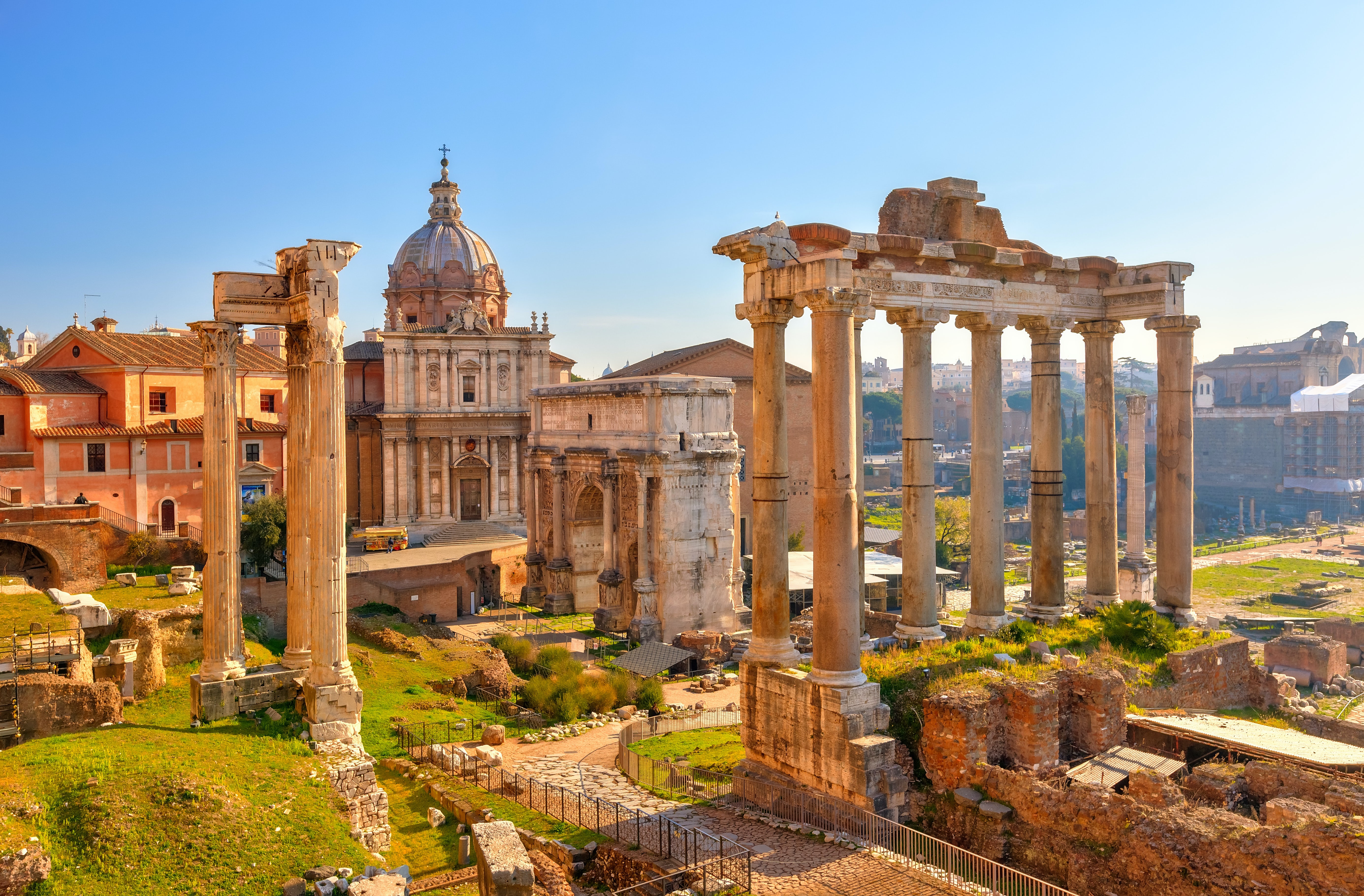 Explore the Roman Forum, the center of Roman public life. Get your tickets online to see the Temple of Caesar and the Temple of Saturn among many othe... 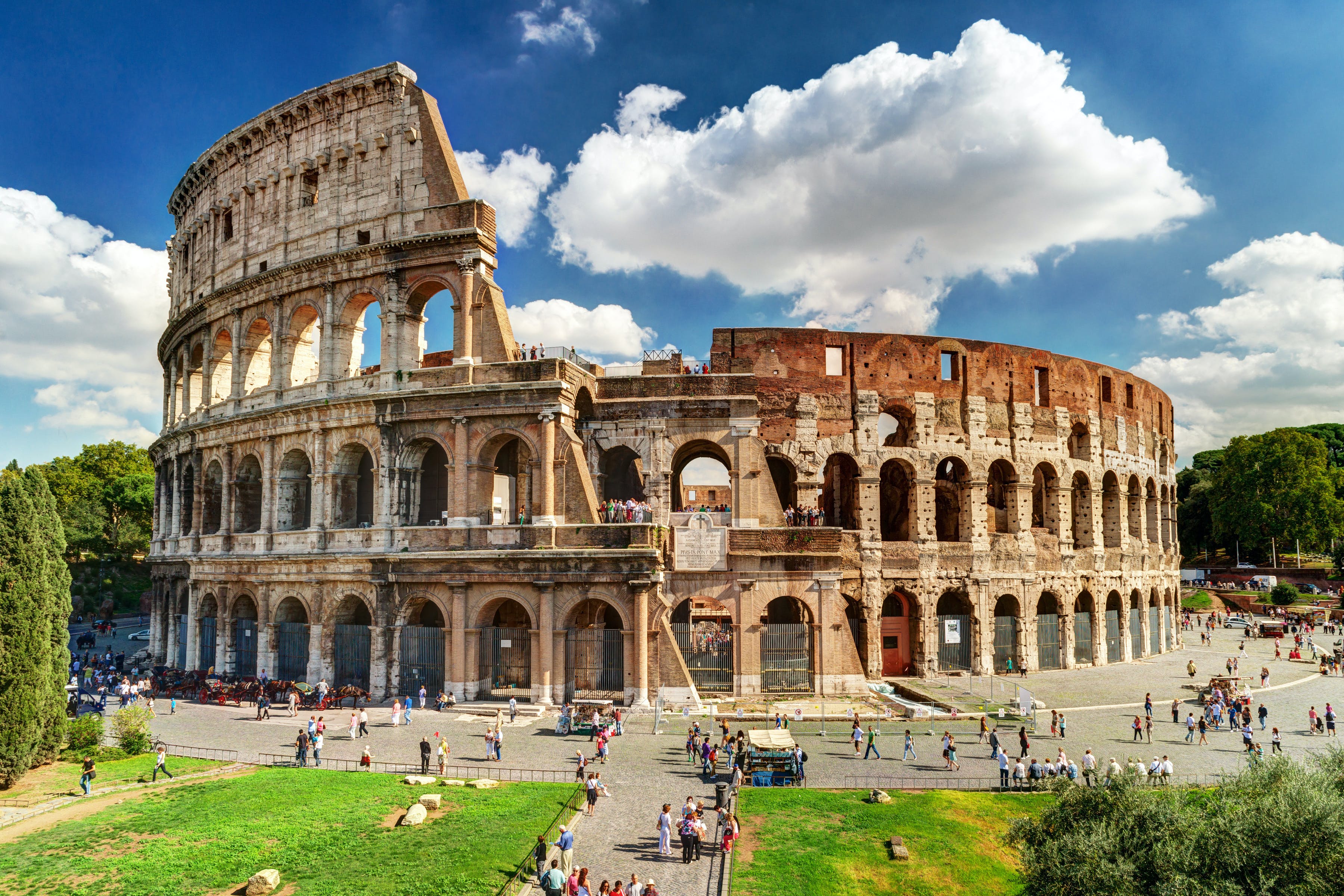 Priority access to the Colosseum, Roman Forum and Palatine Hill with Arena Floor

Visit Rome’s most popular sites with one single ticket.Thanks to this priority entrance ticket, you'll get to skip the long lines at the tic... 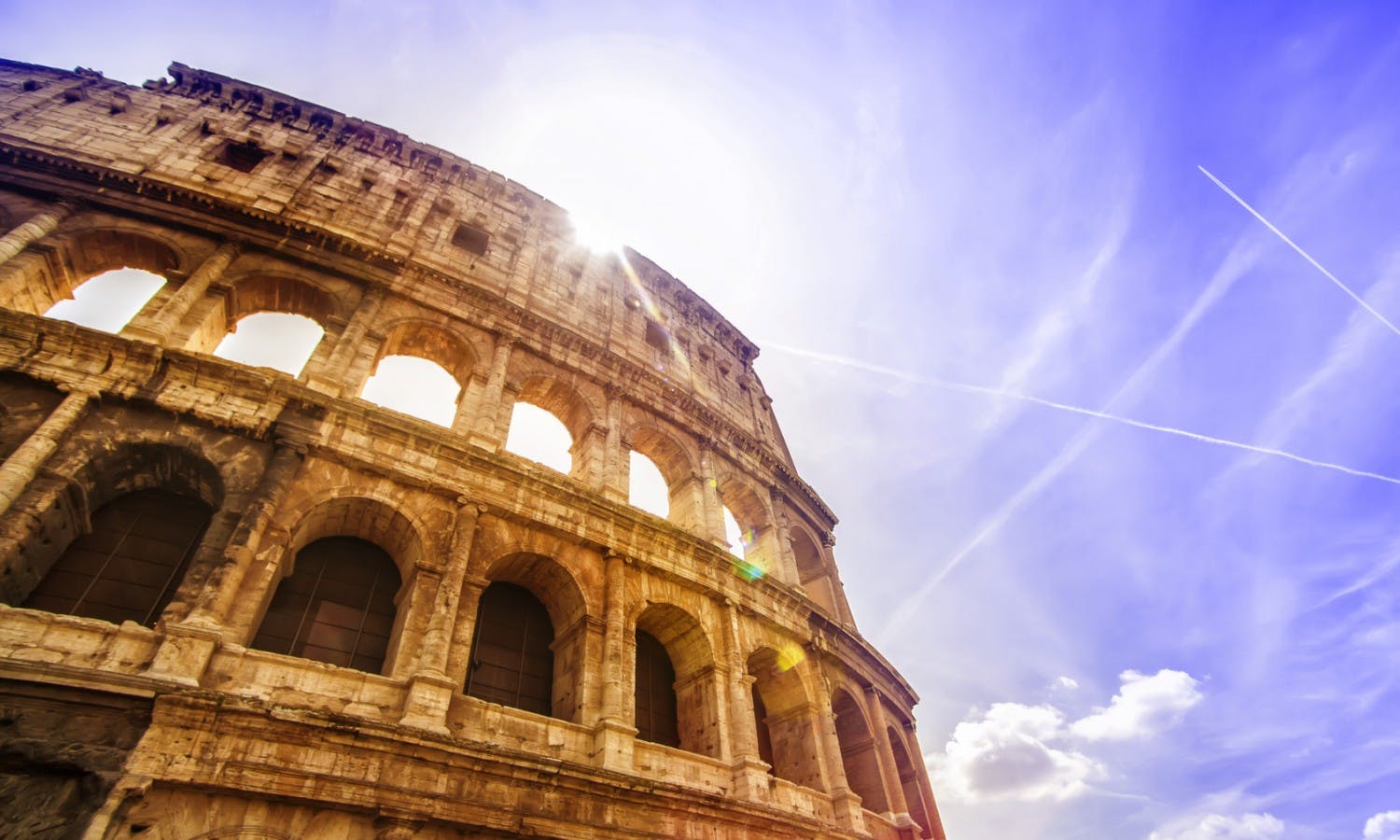 See the wonders of ancient Rome in a way that most people don't! Jump the queues with an expert professional guide in a small group. Be prep...

Guided tour of the Colosseum, Roman Forum and Palatine with skip-the-line entry

Discover the glory of Ancient Rome on this tour of the Eternal City's three main archaeological areas: The Colosseum, Roman Forum, and Palat... 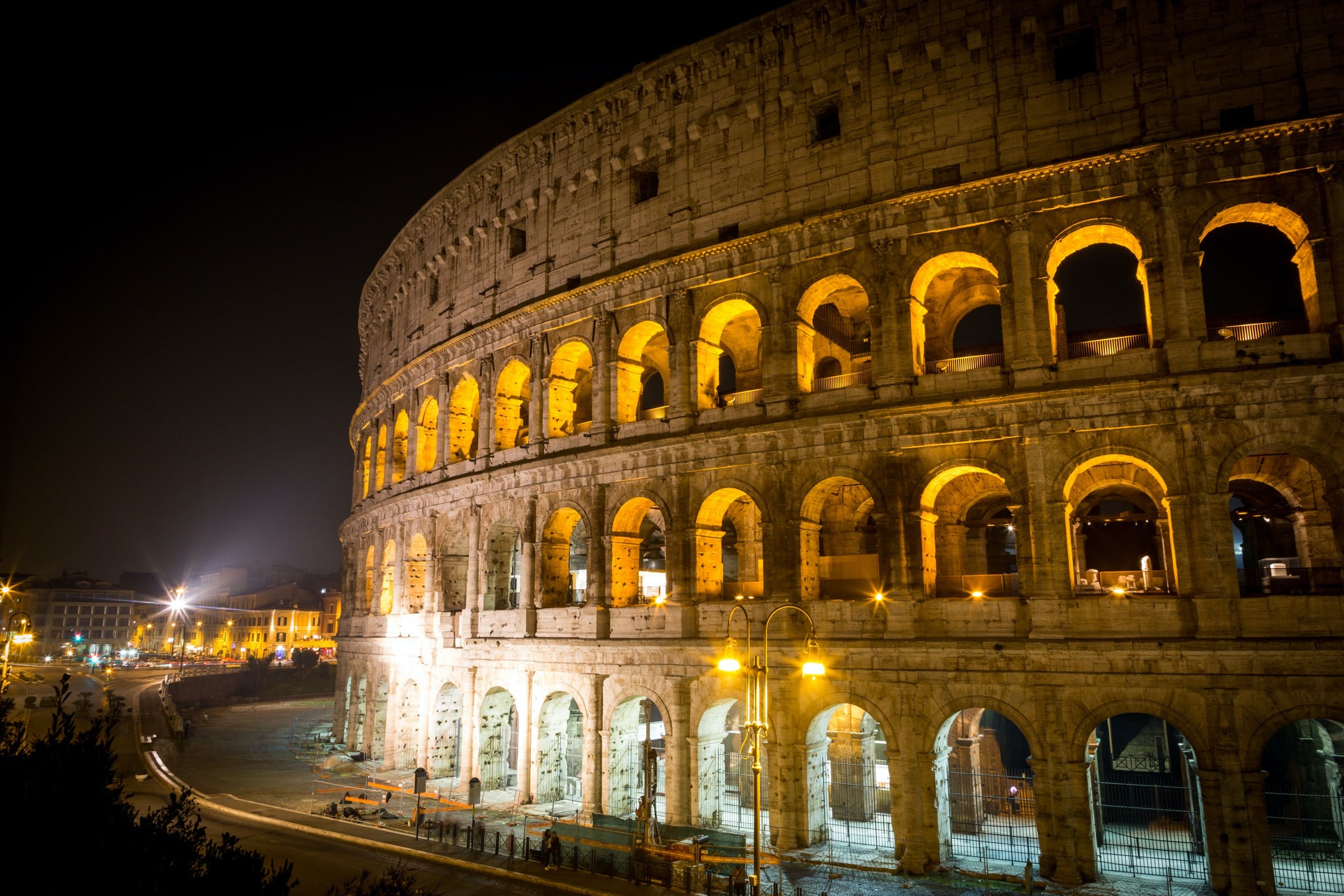 The mighty Colosseum is most beautiful and mysterious at night. Make your way through the gladiators' underground passageways where they use... 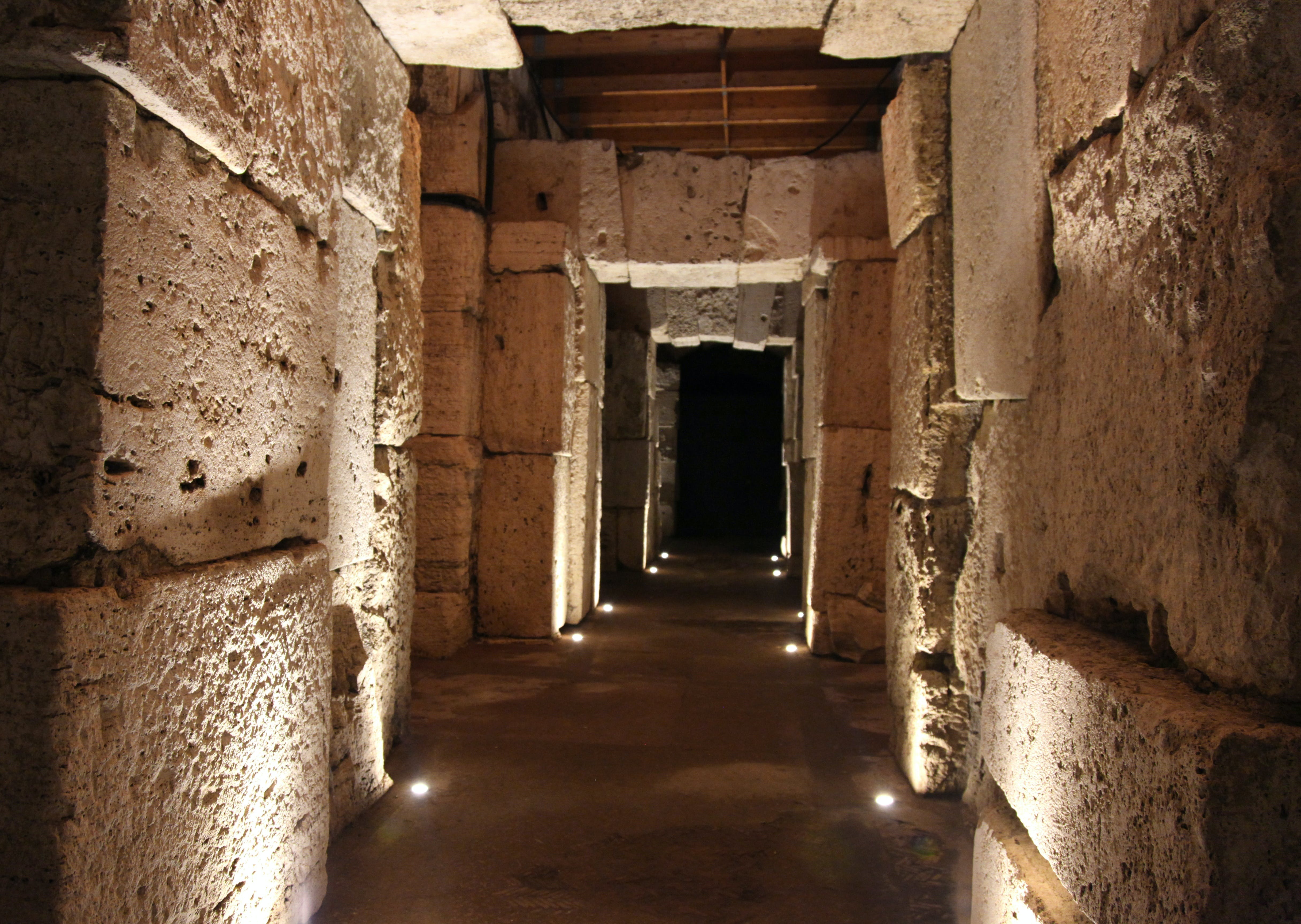 This Colosseum underground tour will take you to areas of the Colosseo usually closed the public. We’ll also visit all the general access ar... 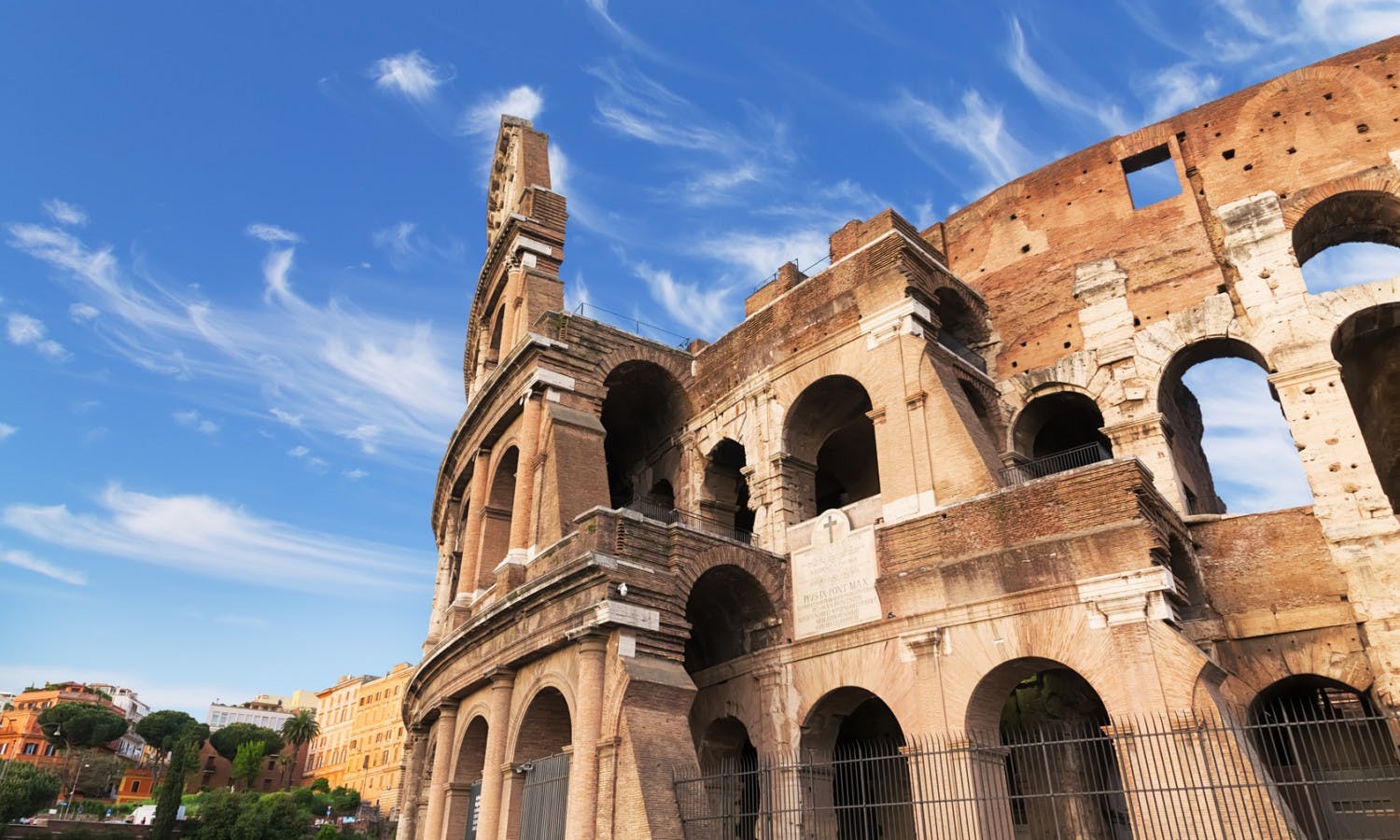 Rome in a day with Colosseum, Ancient Rome and city center afternoon tour

Do you only have a couple of days in Rome? To make the most of your stay, this Rome walking tour covers all the sights you absolutely have t... 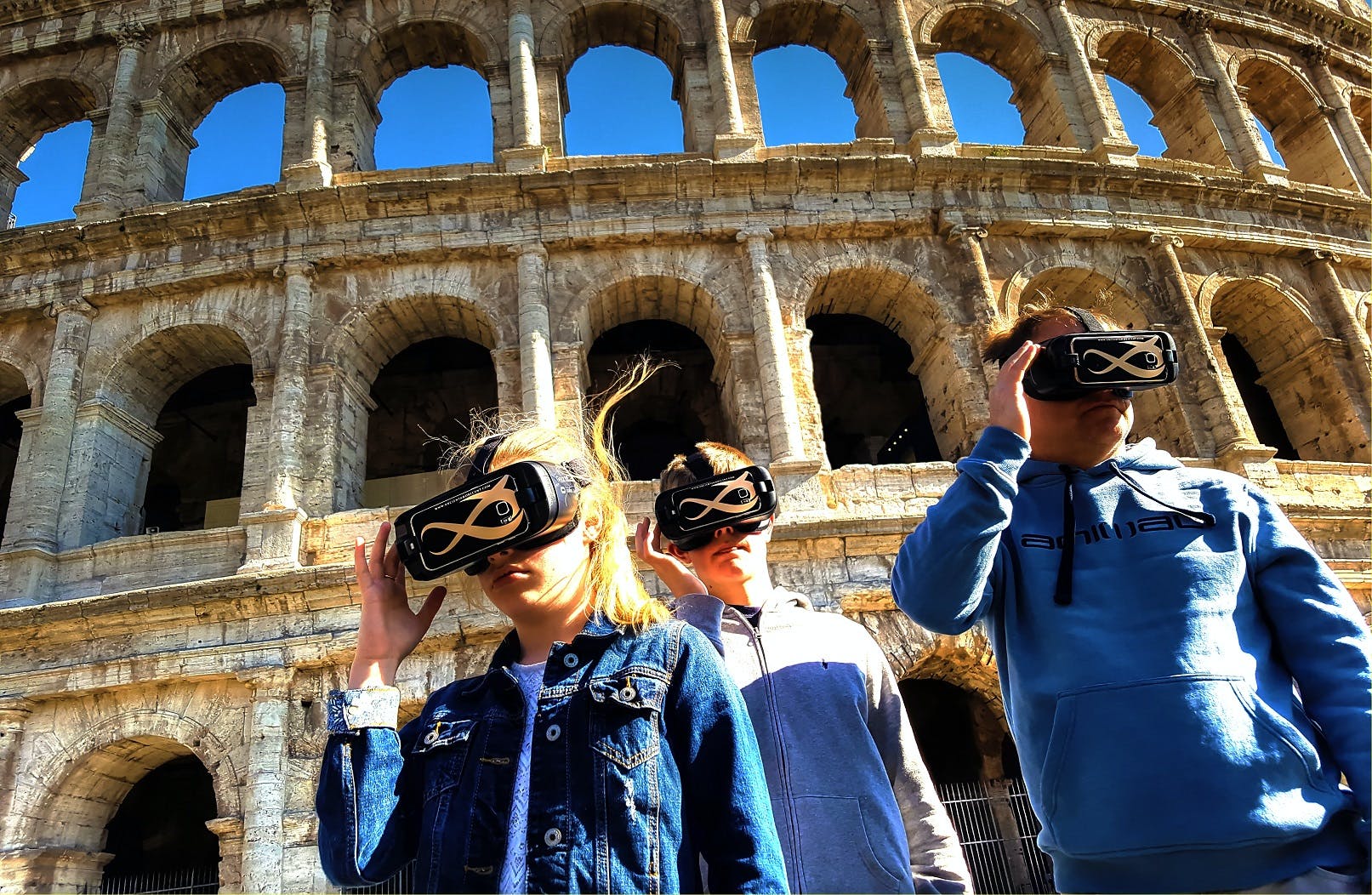 Join this innovative tour to explore the Colosseum like never before. Thanks to an animated and interactive 3D certified reconstruction inte... 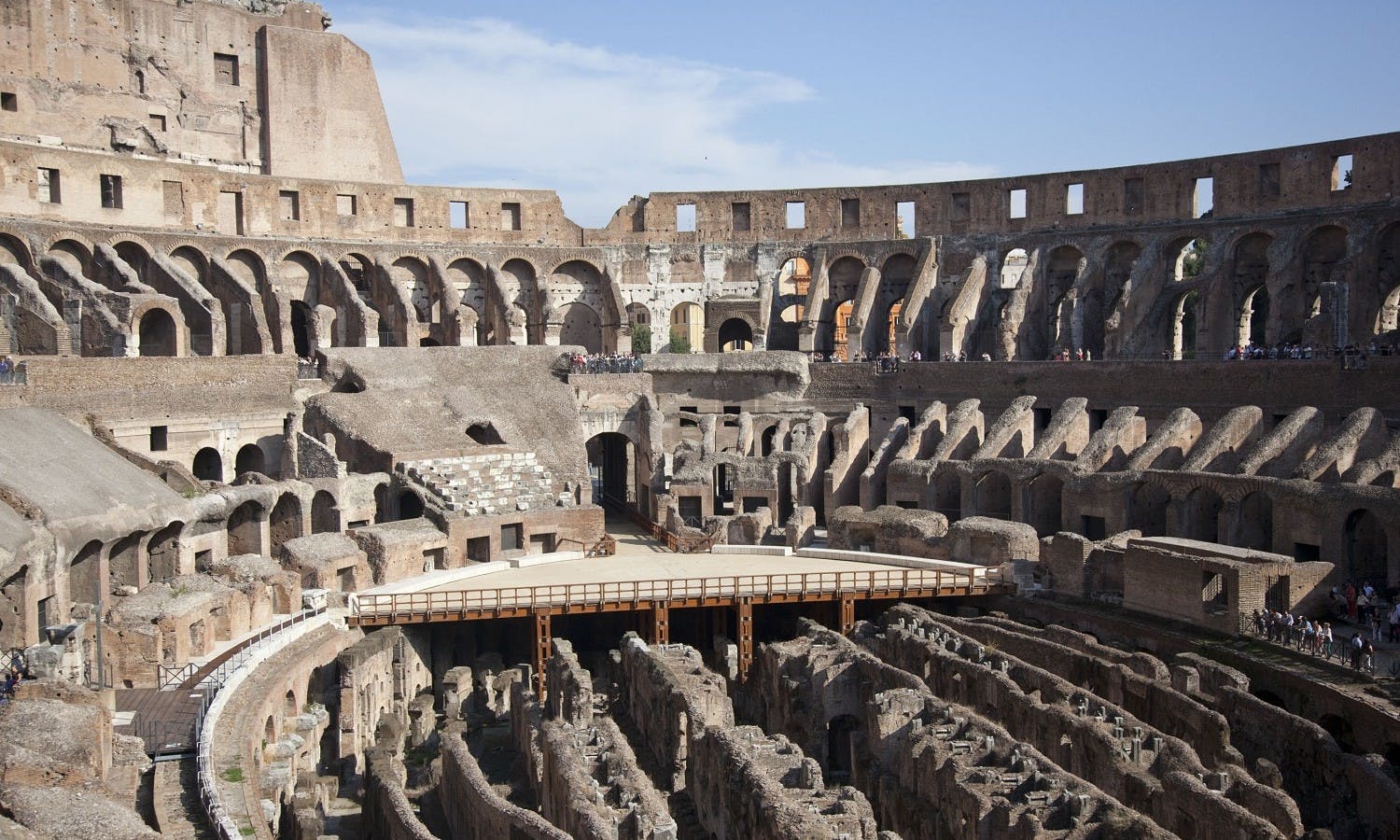 Get VIP treatment with your own Private Ancient Rome Tour as you skip all the lines and enjoy the privilege of customizing your own tour. Yo... 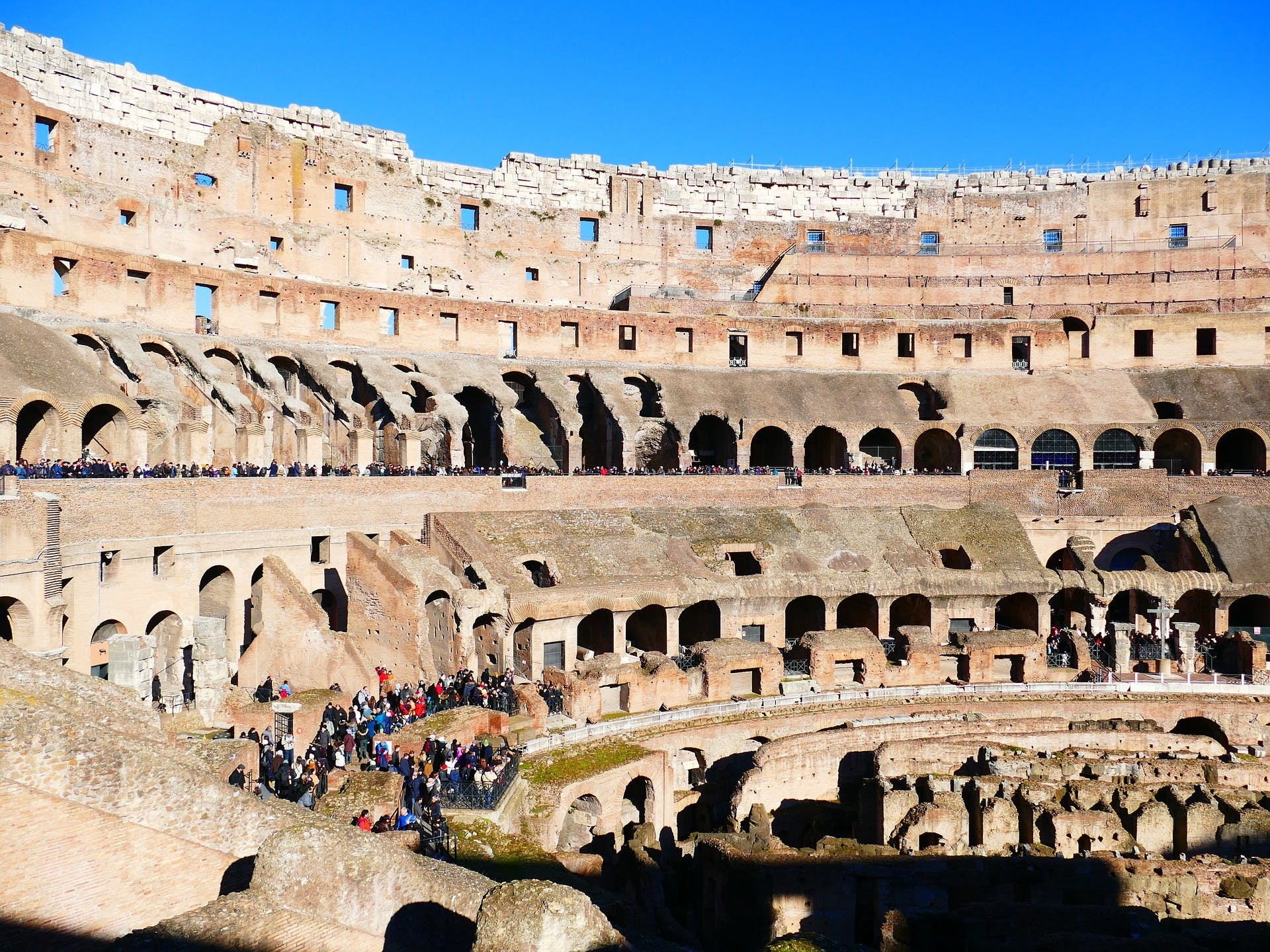 Explore not only the Colosseum, but all the major sites of Ancient Rome on this small-group tour that will provide context, history and fasc... 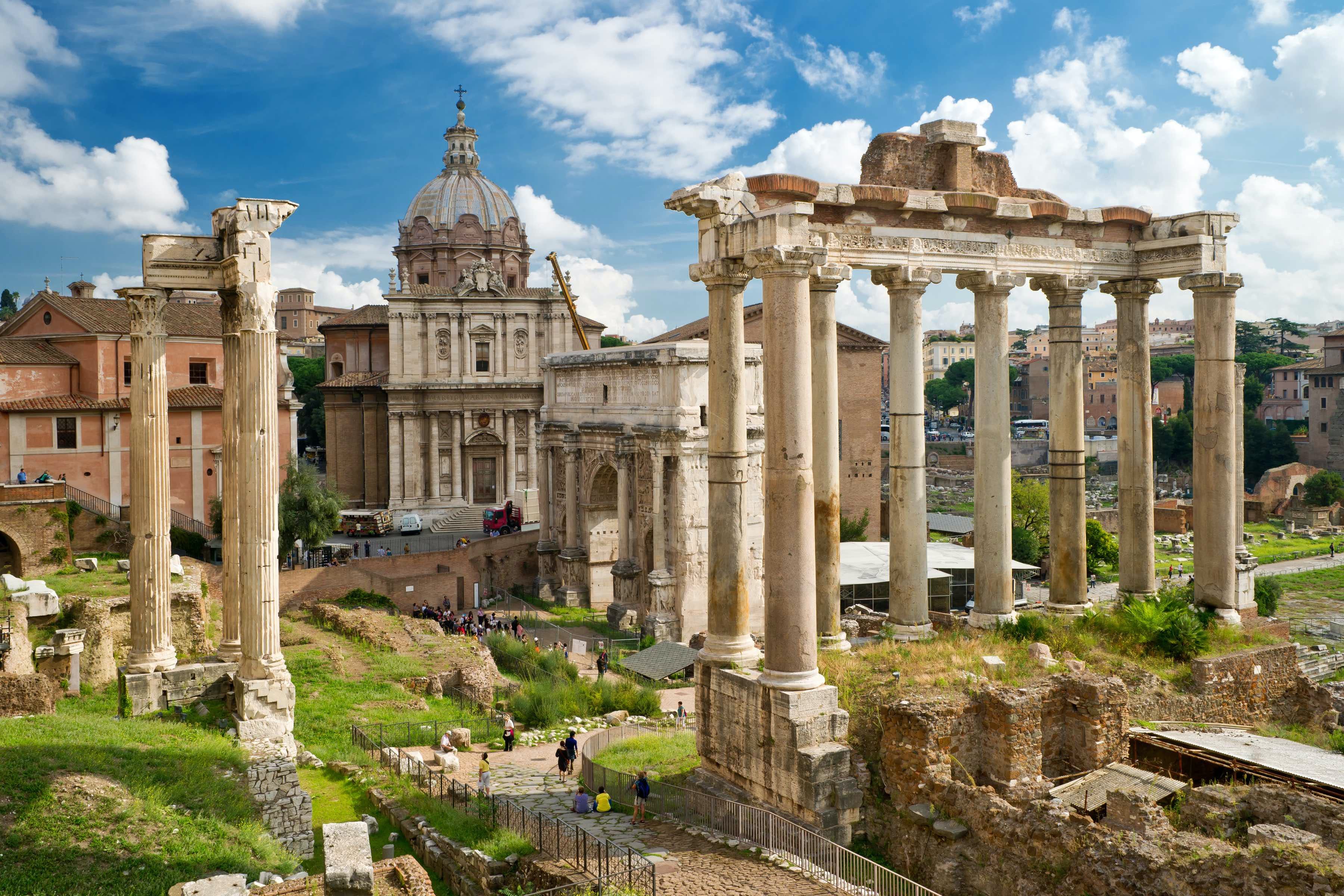 Tour of the Colosseum and Roman Forum with pick-up

Discover Rome’s historical monuments; the tour will take you to the Colosseum and Roman Forum.After being picked up from your accommodation ... 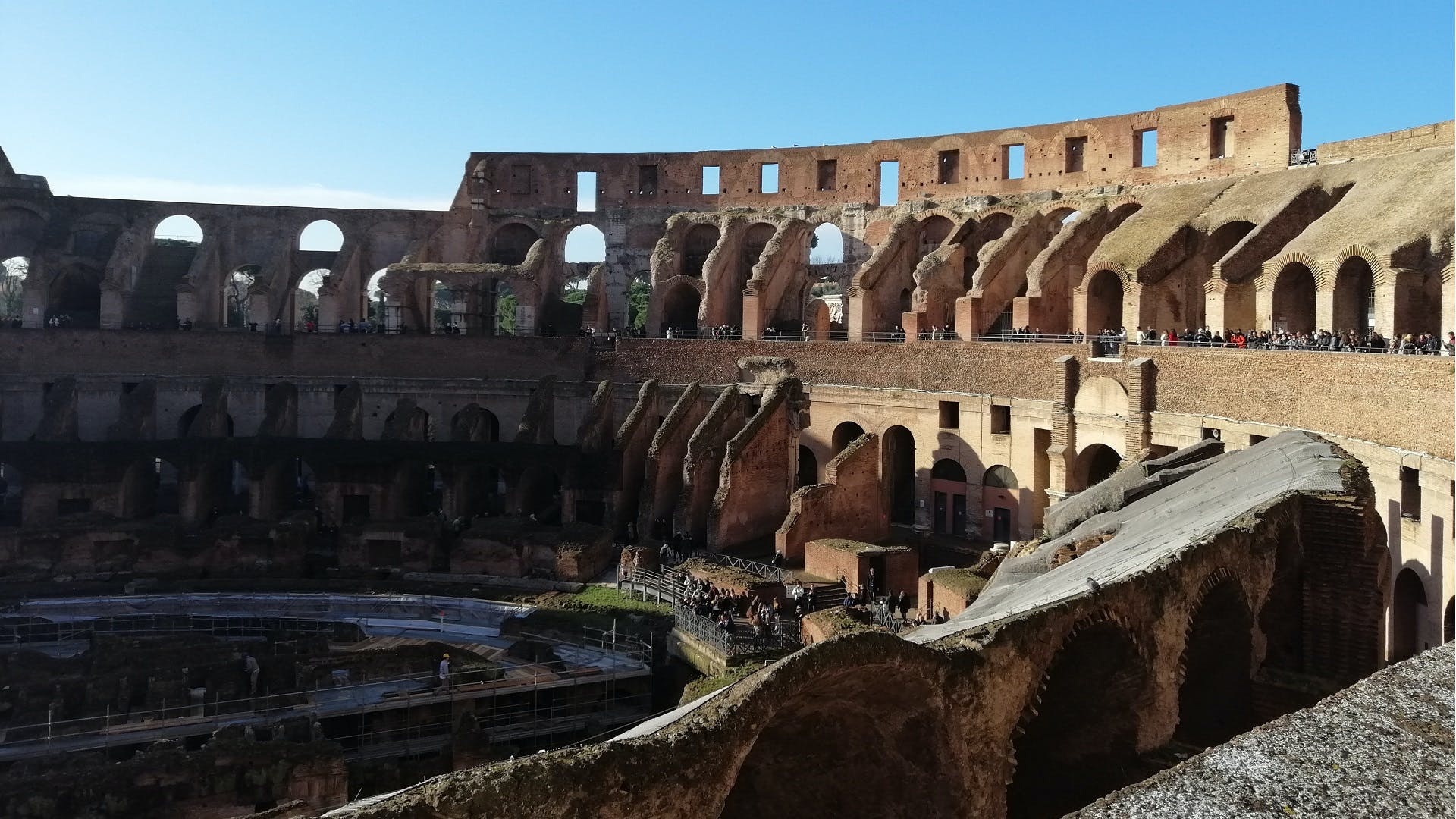 Visit the Colosseum, one of the largest structures of the ancient world, where Romans once gathered to watch gladiator games, battles with w... 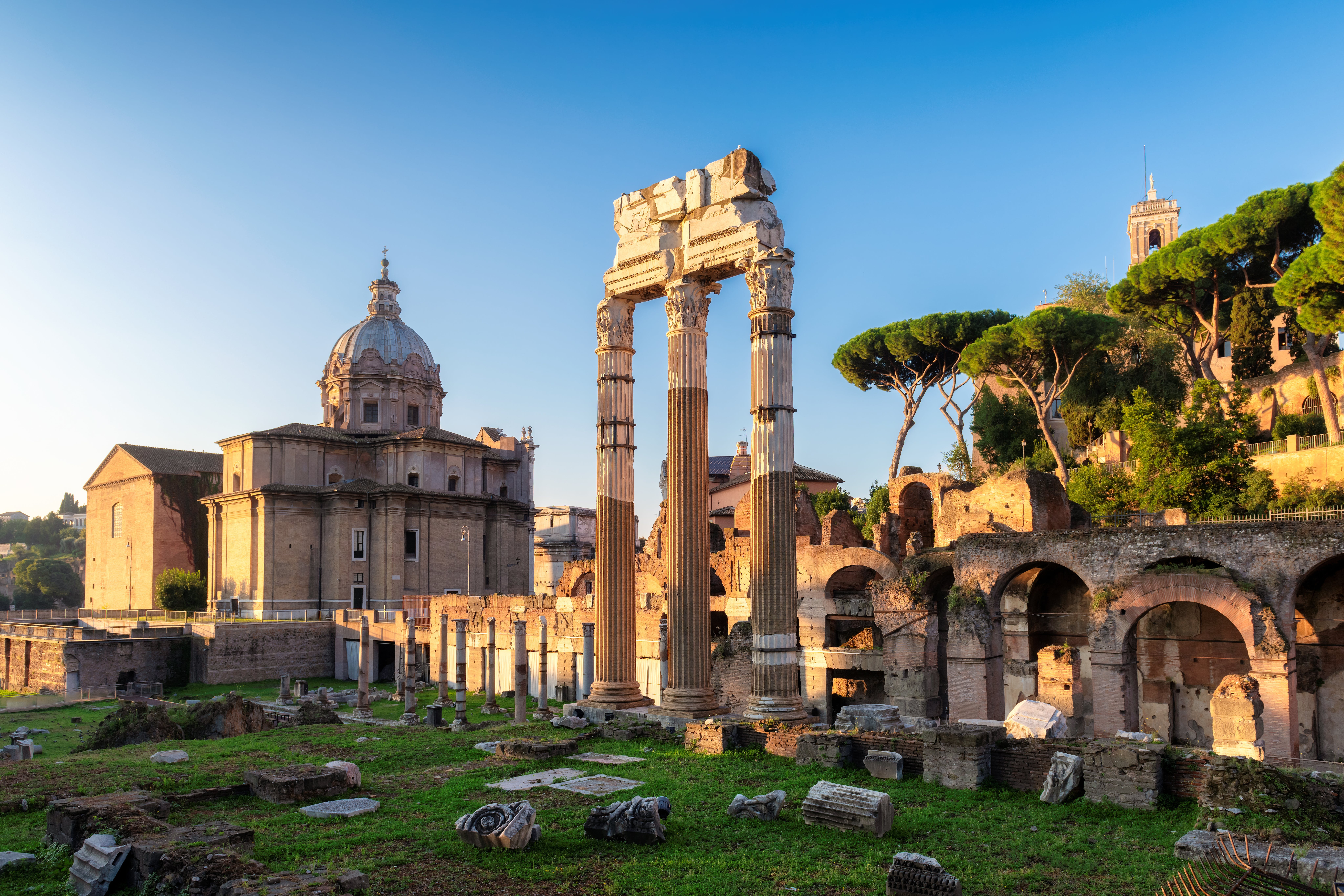 Join a guided tour of the Colosseum and discover the glorious remains of Ancient Rome, the birthplace of modern civilization and the capital...

The invaluable masterpieces of the Vatican Museums represent an unmissable treasure. Being one of th...

The Vatican Museums are one of the largest and most visited museum complexes in the world. Discover ...

This tour for small groups allows you to discover the best parts of the Vatican following the explan...

The best time to see the Vatican is before the crowds descend. This express, early-morning ticket gi...

The Roman Forum is located in the ancient heart of Rome between the Palatine and Capitoline Hills covering 820 by 560 feet. In its heyday, the legendary Roman Forum was a thriving hub of social, political and religious activity. Hosting everything from elections to criminal trials and gladiator matches, it’s now a sprawling complex of ruins that makes for a remarkable stroll into the past.

Originally marshland that was drained in the 7th century BC thanks to an impressive engineering feat of the time, after the fall of the Roman Empire the area returned to disuse. Plundered for its stone and marble and then largely forgotten, it was not until the 18th century that excavations began, the likes of which are still ongoing.

Of the enormous grounds be sure not to miss the 75 foot-high Arco di Settimio Severo, the Curia (seat of the senate), the triumphant Arco de Tito, and the few remaining granite columns of the Tempio di Saturno. You will notice that the different architecturual pieces come from different centuries due to the Romans practice of building over earlier ruins. A walk down Via Sacra, the main thoroughfare that once linked the Piazza del Campidoglio with the Colosseum, will also give you a chance to imagine the complex in all its former glory.